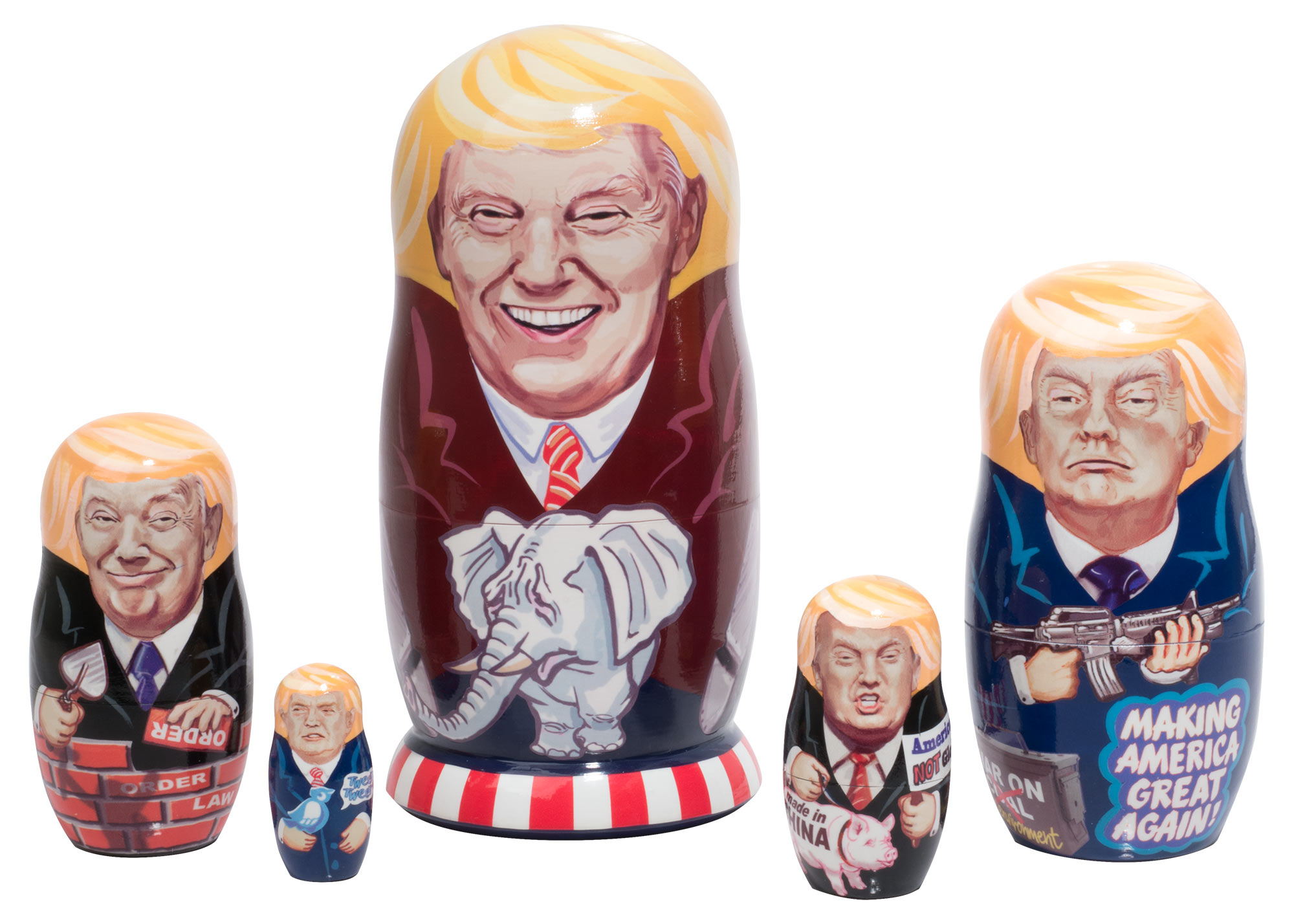 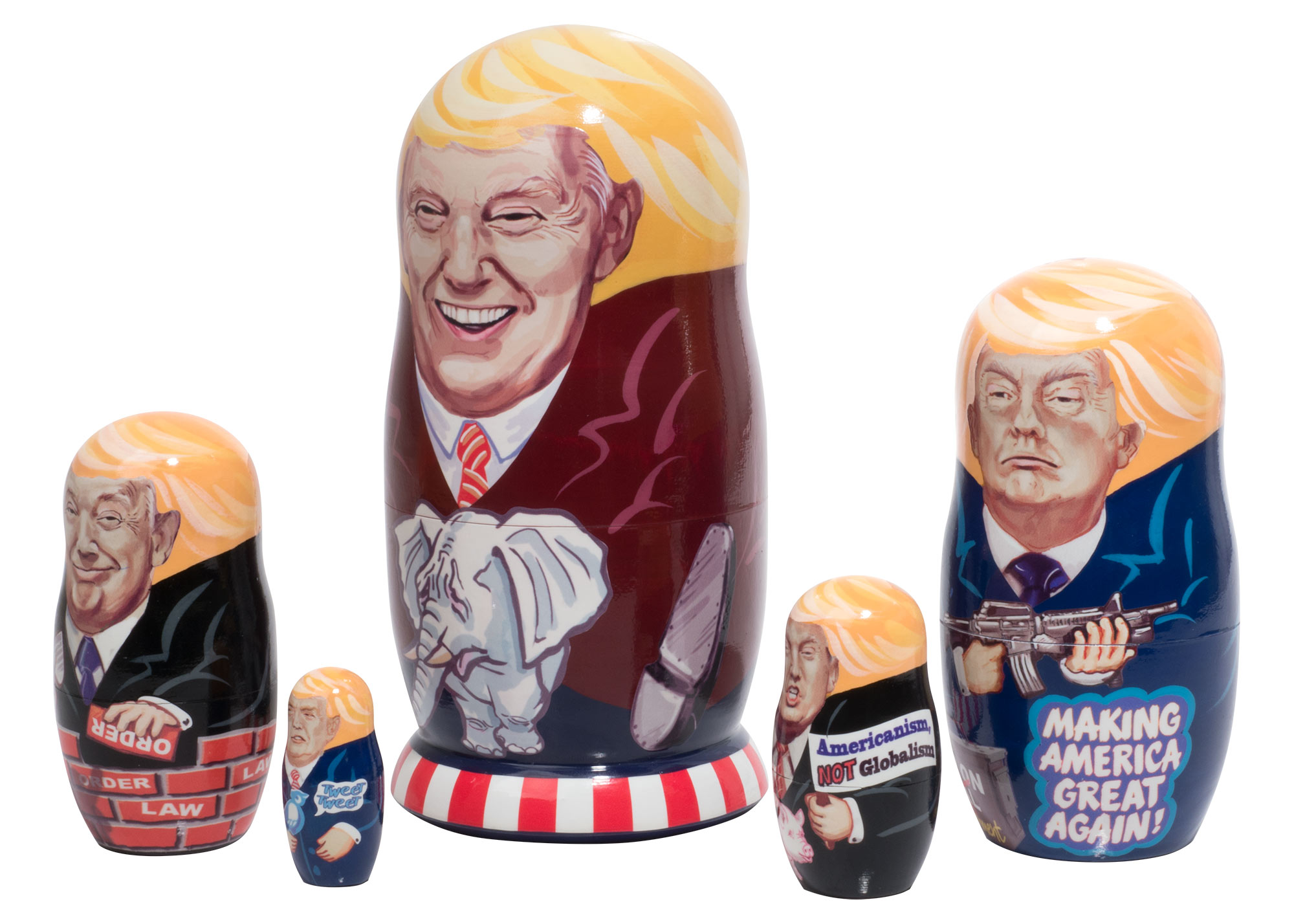 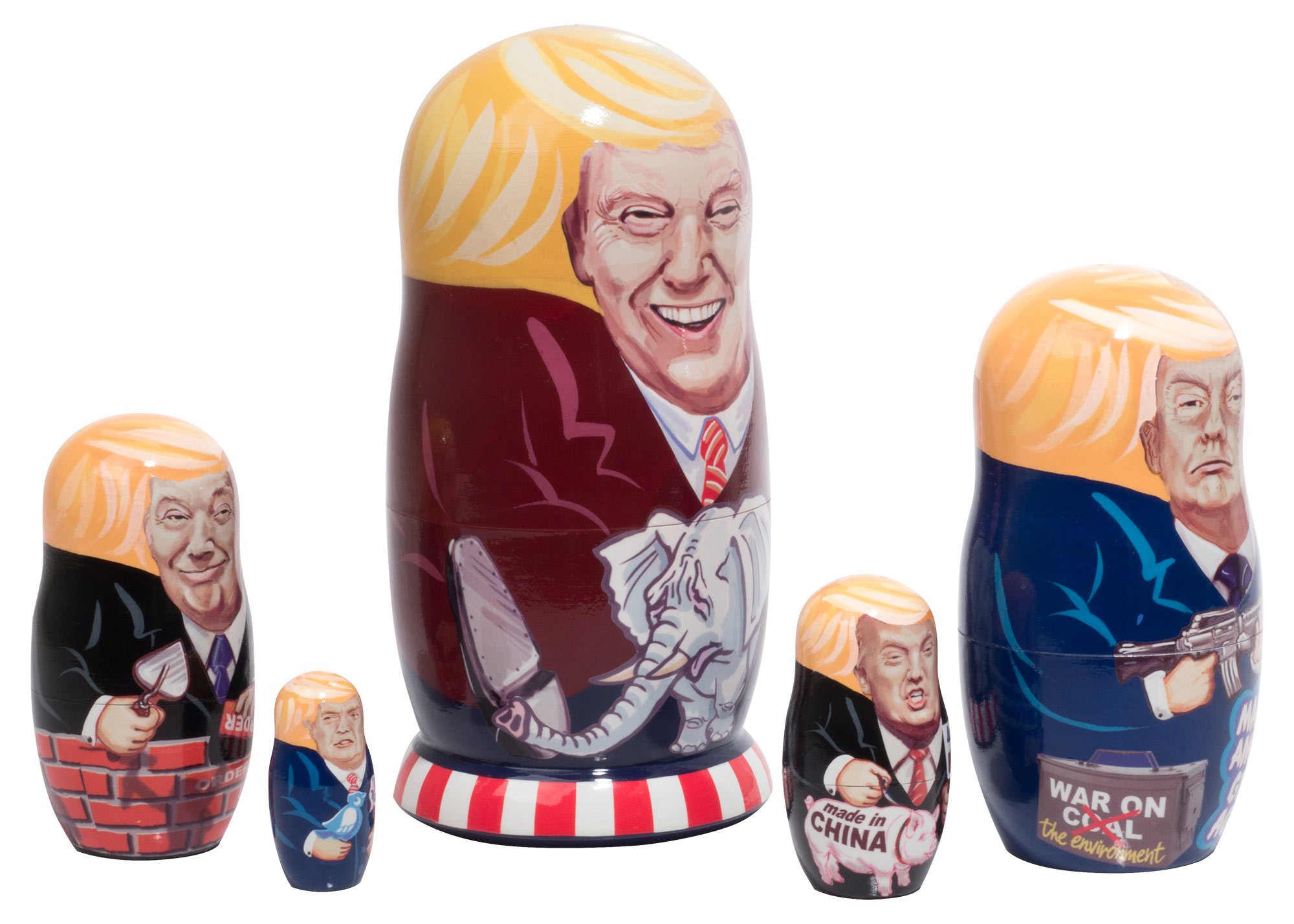 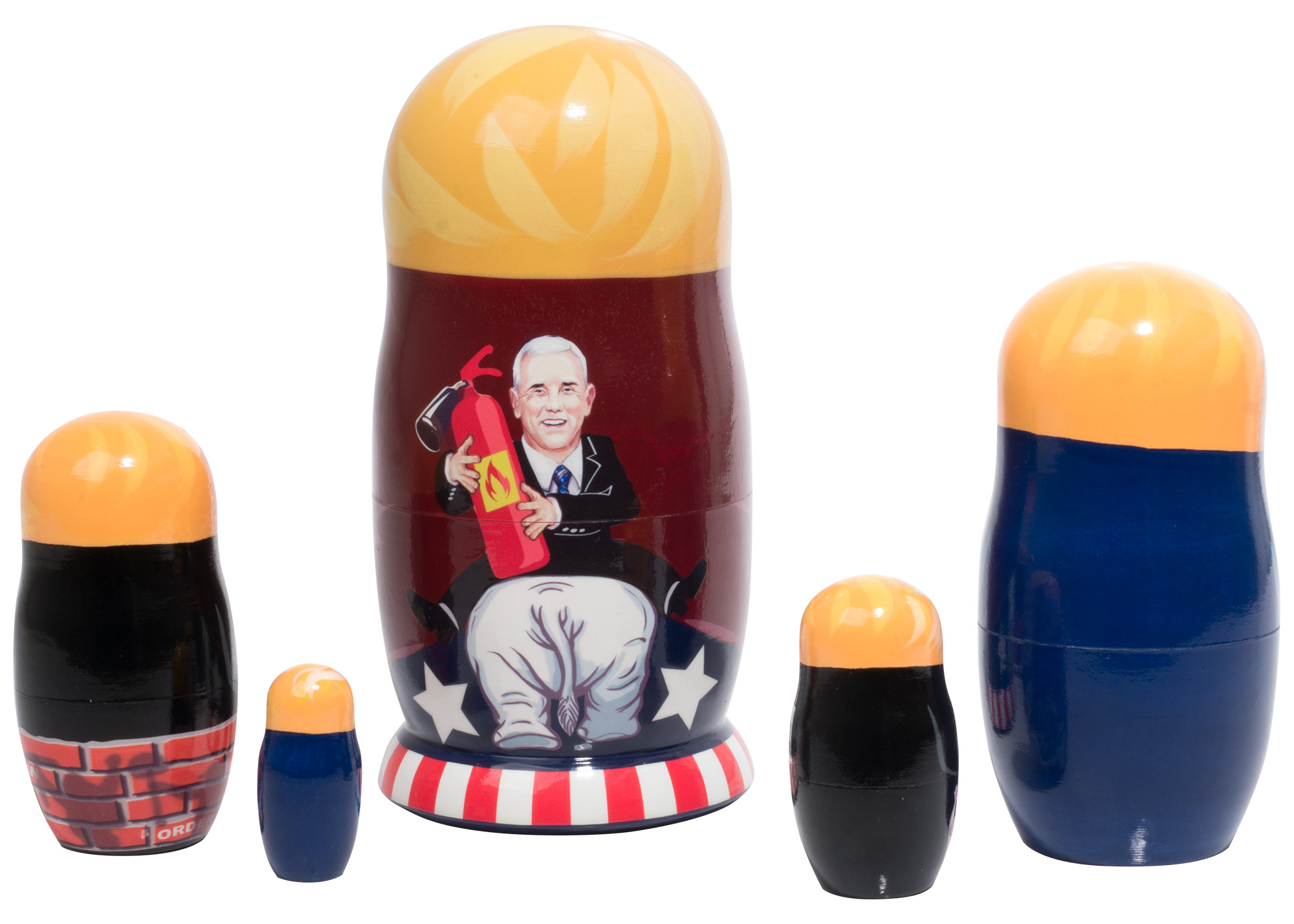 $ 48
or
$ 43 80
ea. for
2
and more
– +
Add to cart
Love him or hate him, you've got to have this doll! This historical 5 piece Donald Trump Nesting Doll captures his 2016 presidential campaign in a most unique way. Trump rides to Washington DC on the back of a bewildered elephant, while VP Mike Pence hangs on the back ready to put out fires as Trump starts them. Each inner doll in the set illuminates one of the planks or promises in his controversial platform. The reality-TV-star-turned president made it to the White House on a vow to "Make America Great Again" (doll #2). See him standing firm for gun rights, hard on crime, and maybe even ready to "stop and frisk". He has crossed out "War on Coal" on his ammo box, but some vandal has penciled in "the environment" underneath. Law and order are the building blocks of his promised "wall" (doll #3), even if he is turning the established order completely upside down. He has put a leash on the "Made in China" pig and promises "Americanism, not Globalism" in his turn towards protectionism on doll #4. "Tweet, Tweet" appears on the smallest doll, given that Donald likes to govern in edicts of 45 characters or less (Twitter). It is in the long tradition of matryoshka political caricatures that we create this doll. Laugh, smile, cry, and/or grimace with Donald as you open up this rare political collectible that helps us all – on both sides of the divide – mark an historic moment in our evolution as a country. Just please don't shoot us.
Production Techniques: Hand Painting/ Decoupage. This nesting doll was carved in the Upper Volga region, the Russian center of nesting doll carving. The carved pieced were assembled, doll inside a doll, then delivered to the Golden Cockerel workshop in St. Petersburg, Russia. Our artists first hand paint the background, then apply various detailed elements, such as faces, which we print on a very thin vinyl adhesive. Such elements are reproduced original works of art we make specifically for nesting doll design. It is the artist’s magic brush that blends the two forms of artwork together into a unified piece. Finally we baptize each doll in multiple layers of non-toxic water-based lacquer to make a marvelous matryoshka that will delight children and collectors. The bottom of the largest doll gets stamped with Golden Cockerel’s “Made in Russia” mark of nesting doll quality, initialed by the artist, and dated like a true collectible. We can only hope you will give it a good home.
Interested in a custom nesting doll similar to Donald Trump's Campaign Nesting Doll 5pc./6" and personalized to your needs?
Collection
Gifts for Him |Political |
On Sale Show On Sale only
Production Technique Hand Painted/ Decoupage
Size 6"
Theme Caricature Portrait Items
Workshop Golden Cockerel Brand