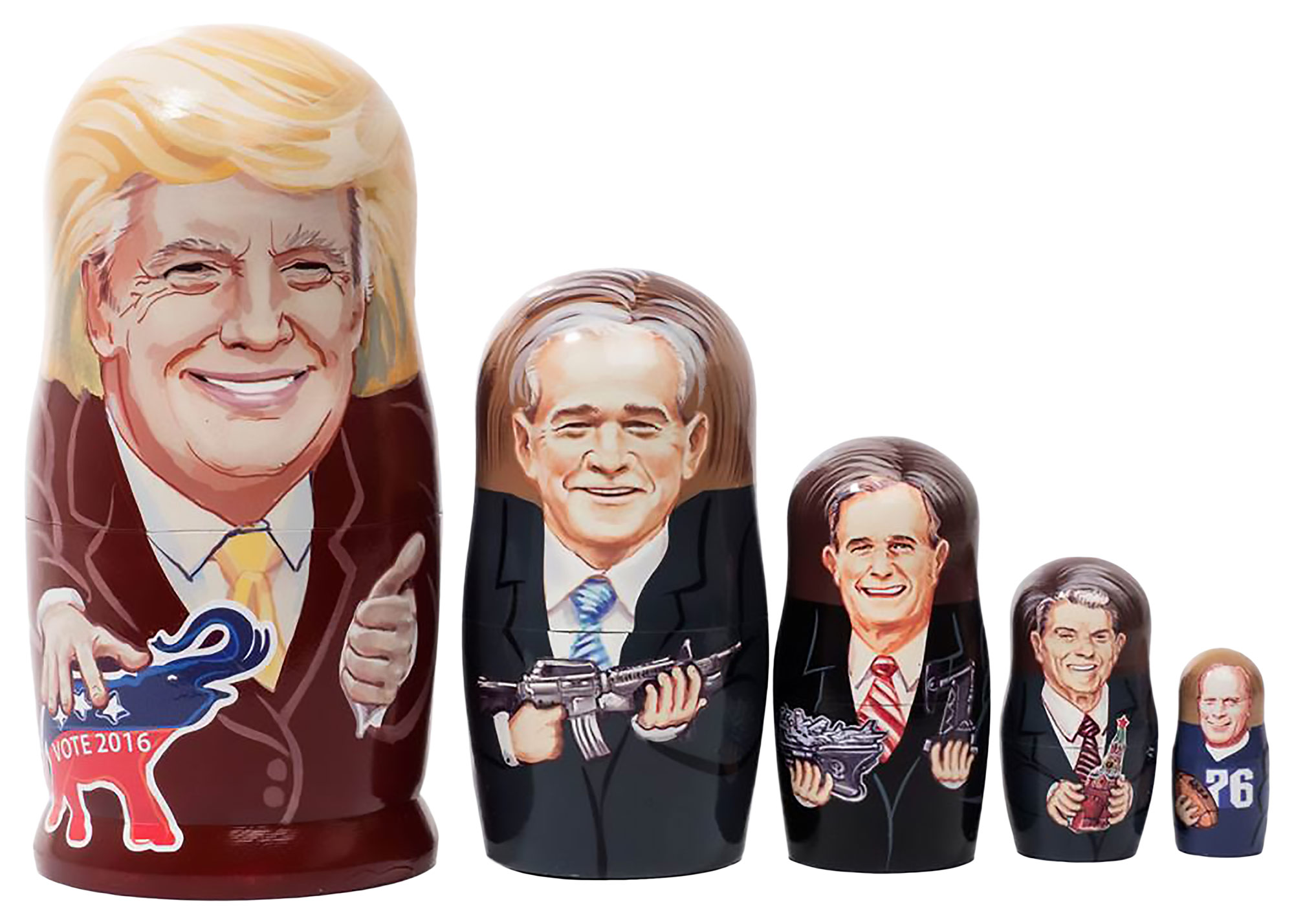 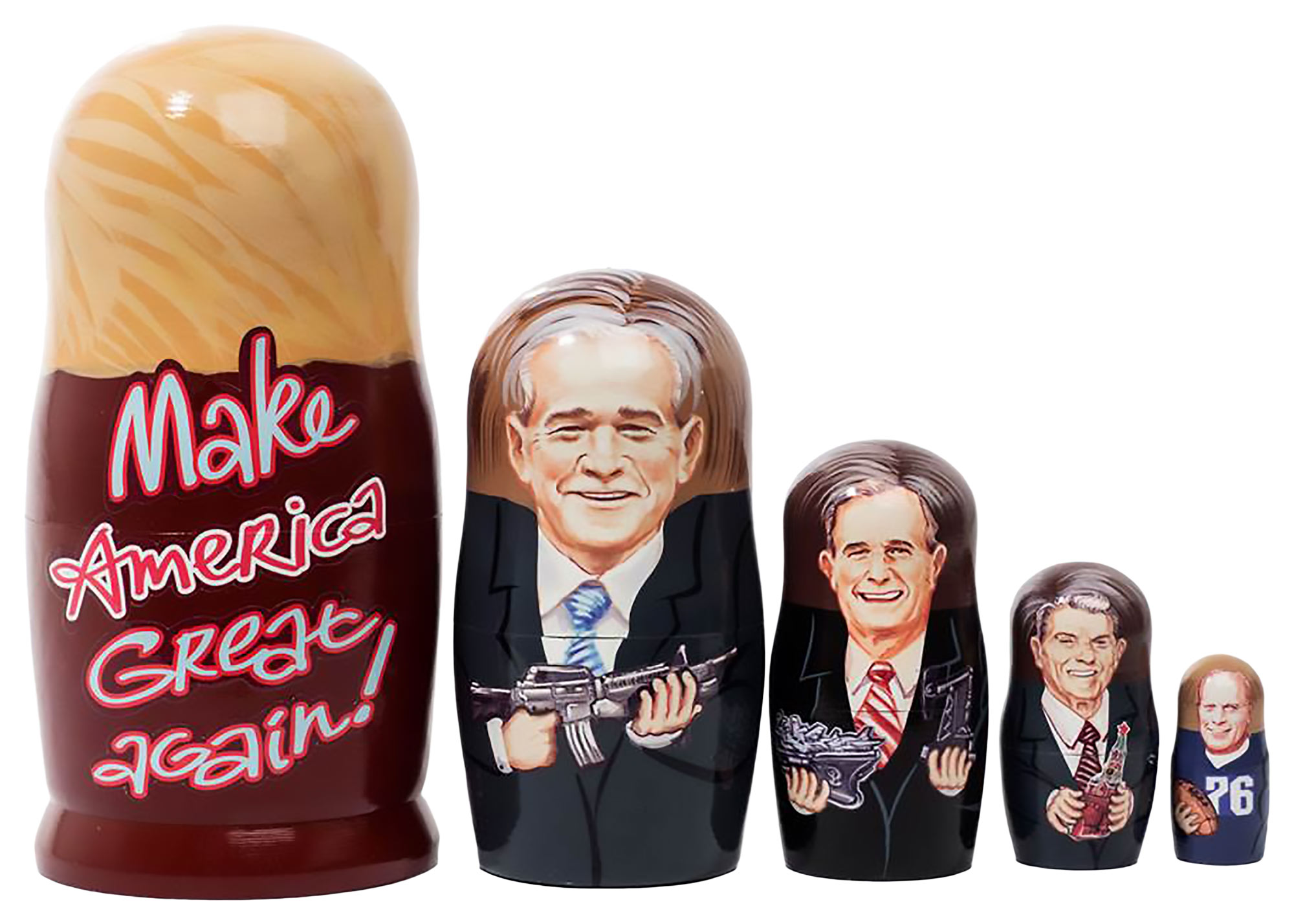 $ 48
or
$ 43 80
ea. for
2
and more
– +
Add to cart
The vote is in...he did it! Donald Trump was elected president! Having a Donald Trump nesting doll in your collection will be a talking point for years to come. Open the Trump doll and find the last four Republican presidents inside. You have to love the smirk on George W. Bush's face as he brandishes a machine gun, symbol of his war on terror and invasion of Iraq. The President George Bush Senior nesting doll has him holding an aircraft carrier in one hand and an oil well in the other. The matryoshka of President Ronald Reagan reminds us of his summits with Gorbachev and presiding over the ending of the Cold War: he holds a Kremlin tower in his hands as if it's a souvenir brought back from a trip to Moscow. The nesting doll of President Gerald Ford depicts him in his football uniform. Did you know he was a college all-star player on the University of Michigan team? As both center and linebacker, he led the team to two national championships. Russian artists at the Golden Cockerel workshop skillfully blend hand painting and decoupage to create this highly collectible political nesting dolls of American Republican presidents. It's a rare piece of Americana – supplies limited – gets yours while they last!
Production Techniques: Hand Painting/ Decoupage. This nesting doll was carved in the Upper Volga region, the Russian center of nesting doll carving. The carved pieced were assembled, doll inside a doll, then delivered to the Golden Cockerel workshop in St. Petersburg, Russia. Our artists first hand paint the background, then apply various detailed elements, such as faces, which we print on a very thin vinyl adhesive. Such elements are reproduced original works of art we make specifically for nesting doll design. It is the artist’s magic brush that blends the two forms of artwork together into a unified piece. Finally we baptize each doll in multiple layers of non-toxic water-based lacquer to make a marvelous matryoshka that will delight children and collectors. The bottom of the largest doll gets stamped with Golden Cockerel’s “Made in Russia” mark of nesting doll quality, initialed by the artist, and dated like a true collectible. We can only hope you will give it a good home.
Interested in a custom nesting doll similar to President Donald Trump Nesting Doll 5pc./6" and personalized to your needs?
Collection
Gifts for Him |Political |
Production Technique Hand Painted/ Decoupage
Size 6"
Theme Caricature Portrait Items
Workshop Golden Cockerel Brand