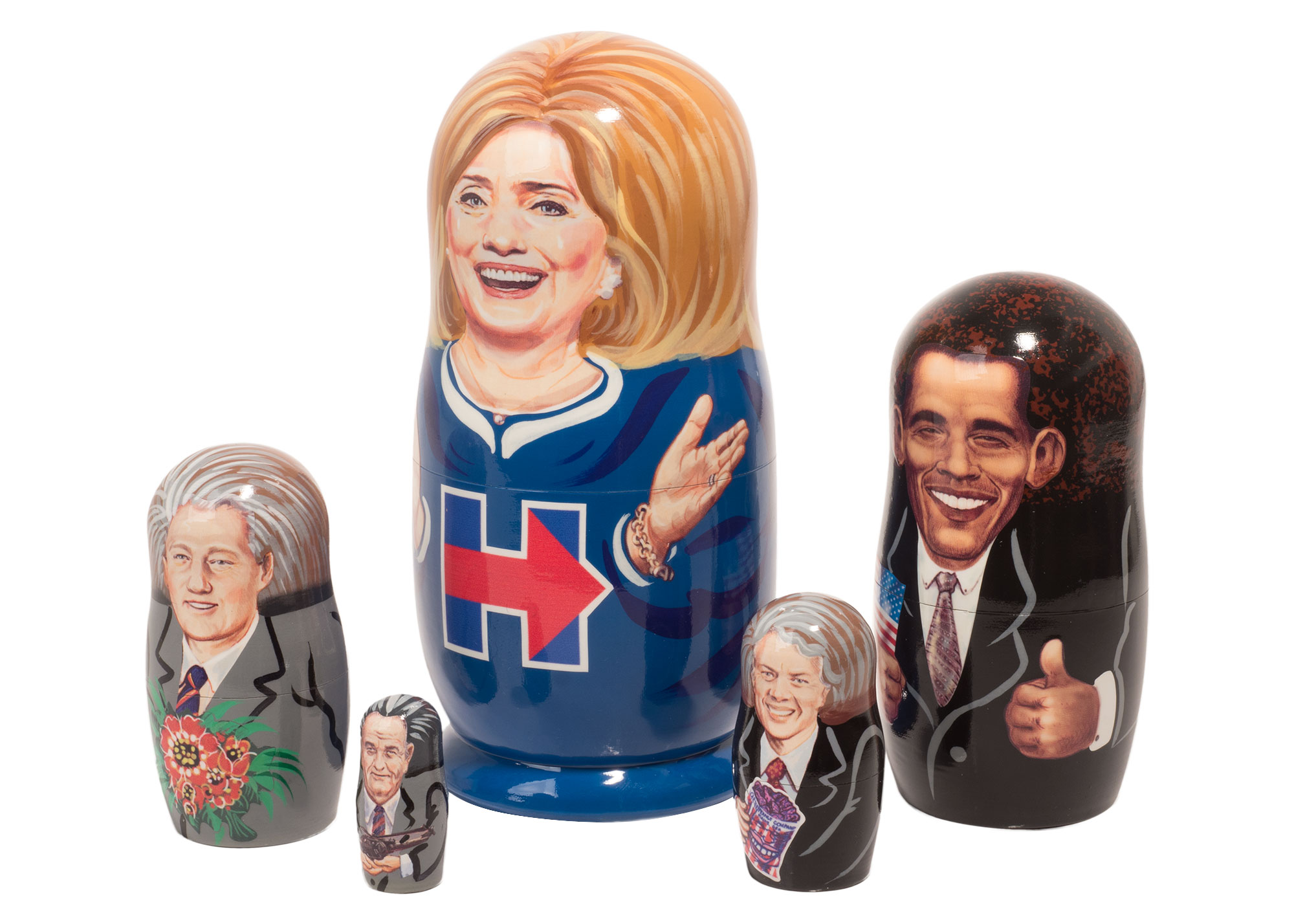 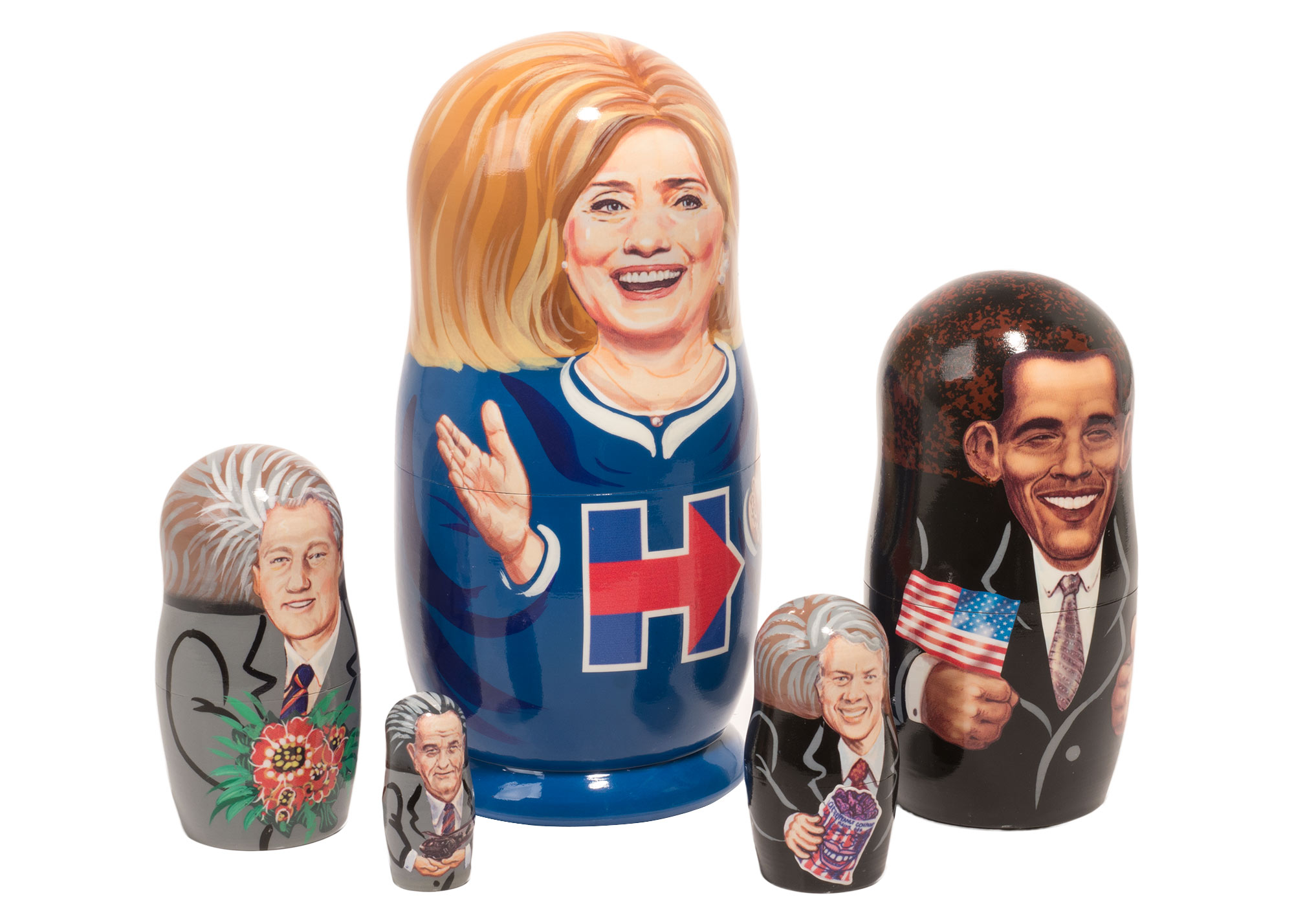 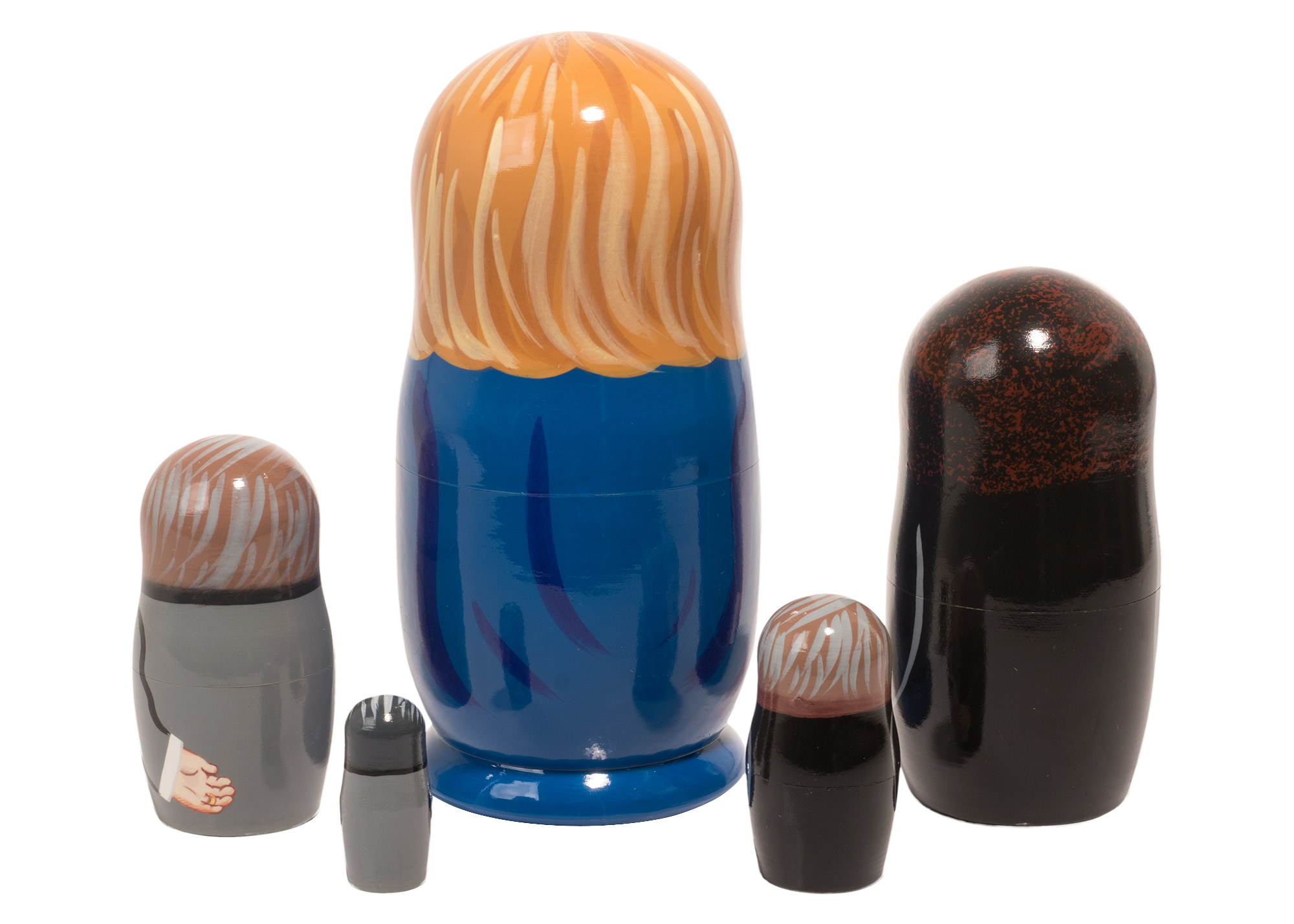 View full screen
This item is discontinued and no longer available for sale. Interested in a custom product similar to Hillary Clinton Nesting Doll 5pc./6" but personalized to your needs?
Quote a project

President Obama takes his place in history as first doll inside Hillary.  Happy that he survived two terms as America's first African American president, he waves the American flag and gives a big "thumbs up" sign.

The President Bill Clinton nesting doll shows him holding a bouquet of flowers in his right hand, but he's hiding his left hand (with wedding ring) behind his back so that unsuspecting ladies might not realize he's married. They didn't call him "Slick Willy" for nothing.  What scandal awaits us should he make it back into the White House as "First Man"?