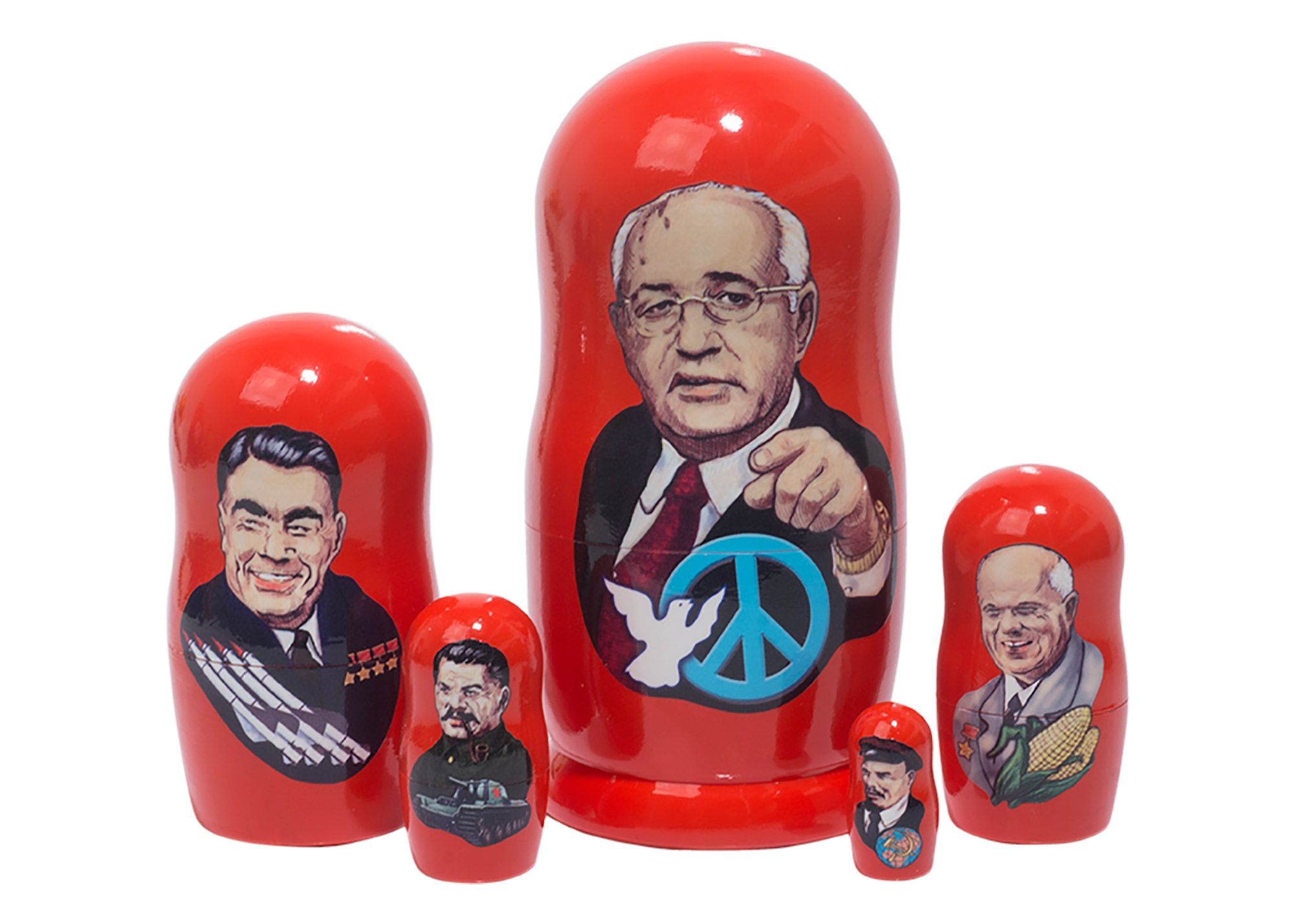 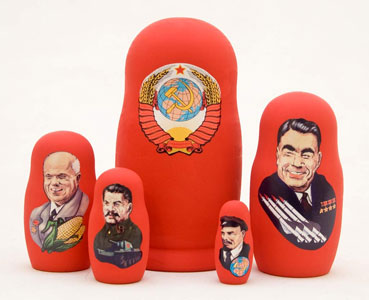 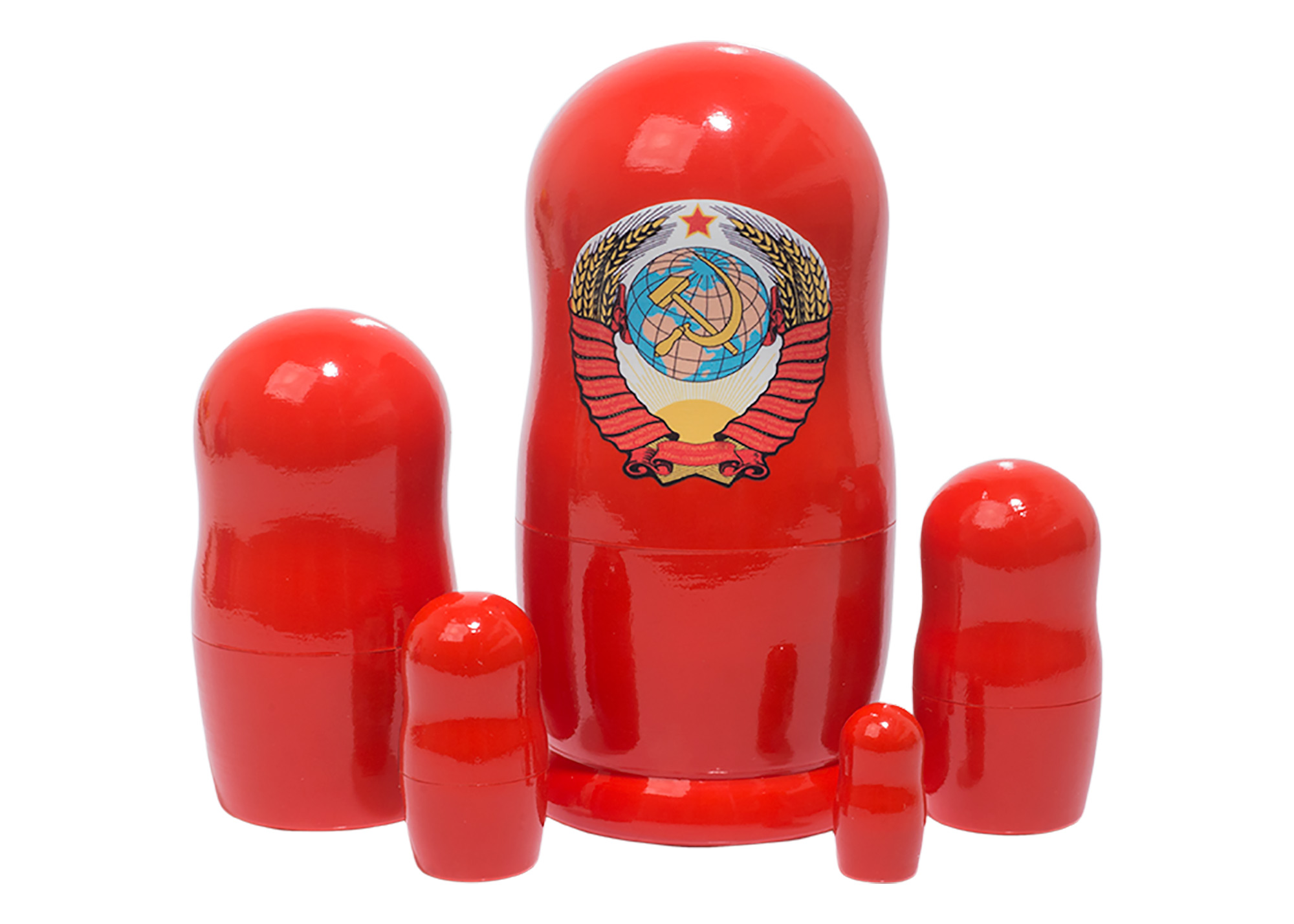 View full screen
This item is discontinued and no longer available for sale. Interested in a custom product similar to Soviet Leaders Nesting Doll 5pc./5" but personalized to your needs?
Quote a project

Welcome back to the Soviet Era! This retrospective doll traces a time line of Russian communist leaders from the November revolution, to the dissolution of the USSR. Mikhail Gorbachev graces the largest doll. He's remembered as presiding over the peaceful dissolution of the Soviet Union (or the ruination of it, depending on which political mindset you embrace), whereas the men who came before him held the union together with blood, as necessary. Namely, that would be the highly decorated military man Leonid Brezhnev who presided over much of the classic Cold War. And Nikita Kruschev, who, after a tour of America's breadbasket, returned to the Soviet Union and had his farmers turn their wheat fields into corn fields, leading to dismal crop failures. Papa Joe Stalin led the Soviet Union to victory in World War II, and is said to have the blood of something like 50 million Soviet citizens on his hands. It all began with Lenin, leader of the proletariat, and visionary who believed that his communist revolution would spread all over the world, transforming age-old strife into the communal harmony of a Soviet utopia. On the back of the largest doll you'll find the State Emblem of the Union of Soviet Socialist Republics (or coat of arms), which depicts the diverse languages of its people with fifteen red ribbons (one for each of the republics) bearing translations of the slogan “Workers of the world, unite!” This exclusive Golden Cockerel nesting doll is a rare find in this post cold war era. Surprise and delight the collector of political memorabilia.