Nesting DollsCollectible DollsGifts for Him 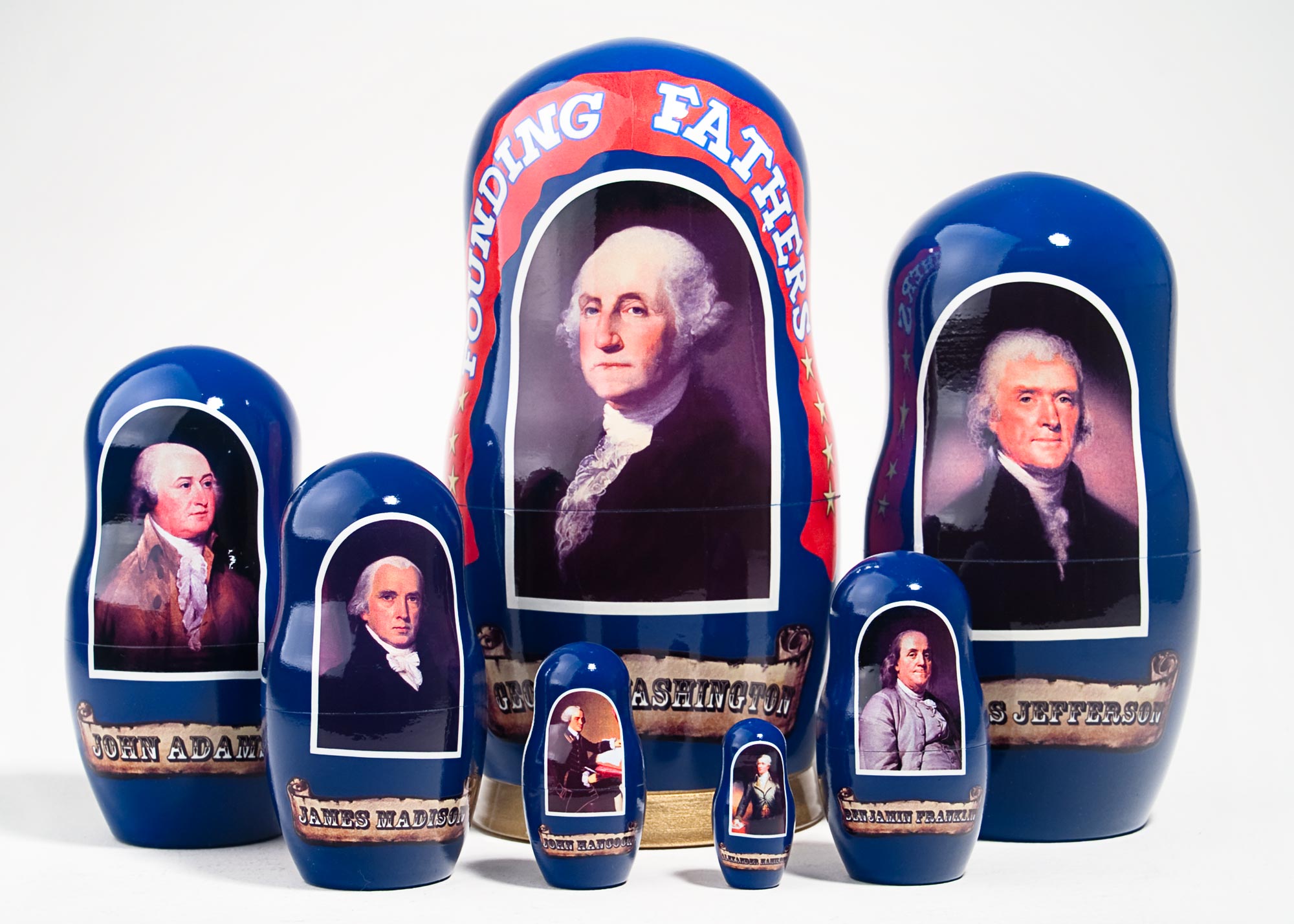 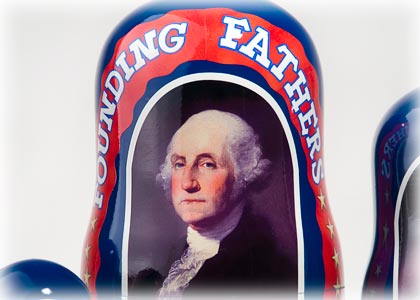 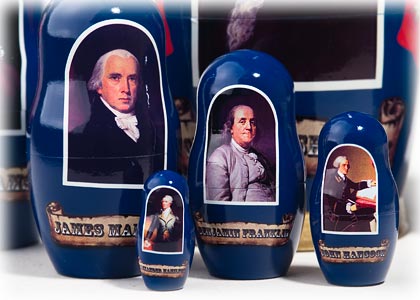 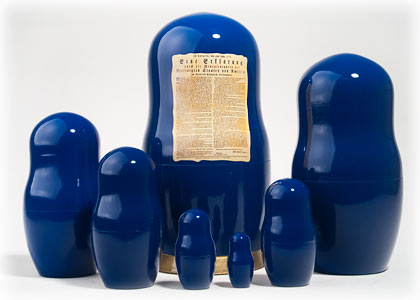 $ 116
or
$ 104 40
ea. for
2
and more
– +
Add to cart
This doll reflects the Founding Fathers of the United States of America. The Founding Fathers of the United States were the political leaders who signed the Declaration of Independence in 1776 or otherwise took part in the American Revolution in winning American independence from Great Britain. This 7 piece doll features seven of the most notable men in US History nested together in one matryoshka: George Washington, Thomas Jefferson, John Adams, James Madison, Alexander Hamilton, John Hancock, and Benjamin Franklin. How many of them were presidents? Let this nesting doll be the foundation of your political nesting doll collection!
Production Techniques: Hand Painting/ Decoupage. This nesting doll was carved in the Upper Volga region, the Russian center of nesting doll carving. The carved pieced were assembled, doll inside a doll, then delivered to the Golden Cockerel workshop in St. Petersburg, Russia. Our artists first hand paint the background, then apply various detailed elements, such as faces, which we print on a very thin vinyl adhesive. Such elements are reproduced original works of art we make specifically for nesting doll design. It is the artist’s magic brush that blends the two forms of artwork together into a unified piece. Finally we baptize each doll in multiple layers of non-toxic water-based lacquer to make a marvelous matryoshka that will delight children and collectors. The bottom of the largest doll gets stamped with Golden Cockerel’s “Made in Russia” mark of nesting doll quality, initialed by the artist, and dated like a true collectible. We can only hope you will give it a good home.
Interested in a custom nesting doll similar to Founding Fathers Nesting Doll 7pc./8" and personalized to your needs?
Collection
Gifts for Him |US History |
Production Technique Hand Painted/ Decoupage
Theme Collectible Dolls
Workshop Golden Cockerel Brand