Fiddler on the Roof Matryoshka 5pc./6" 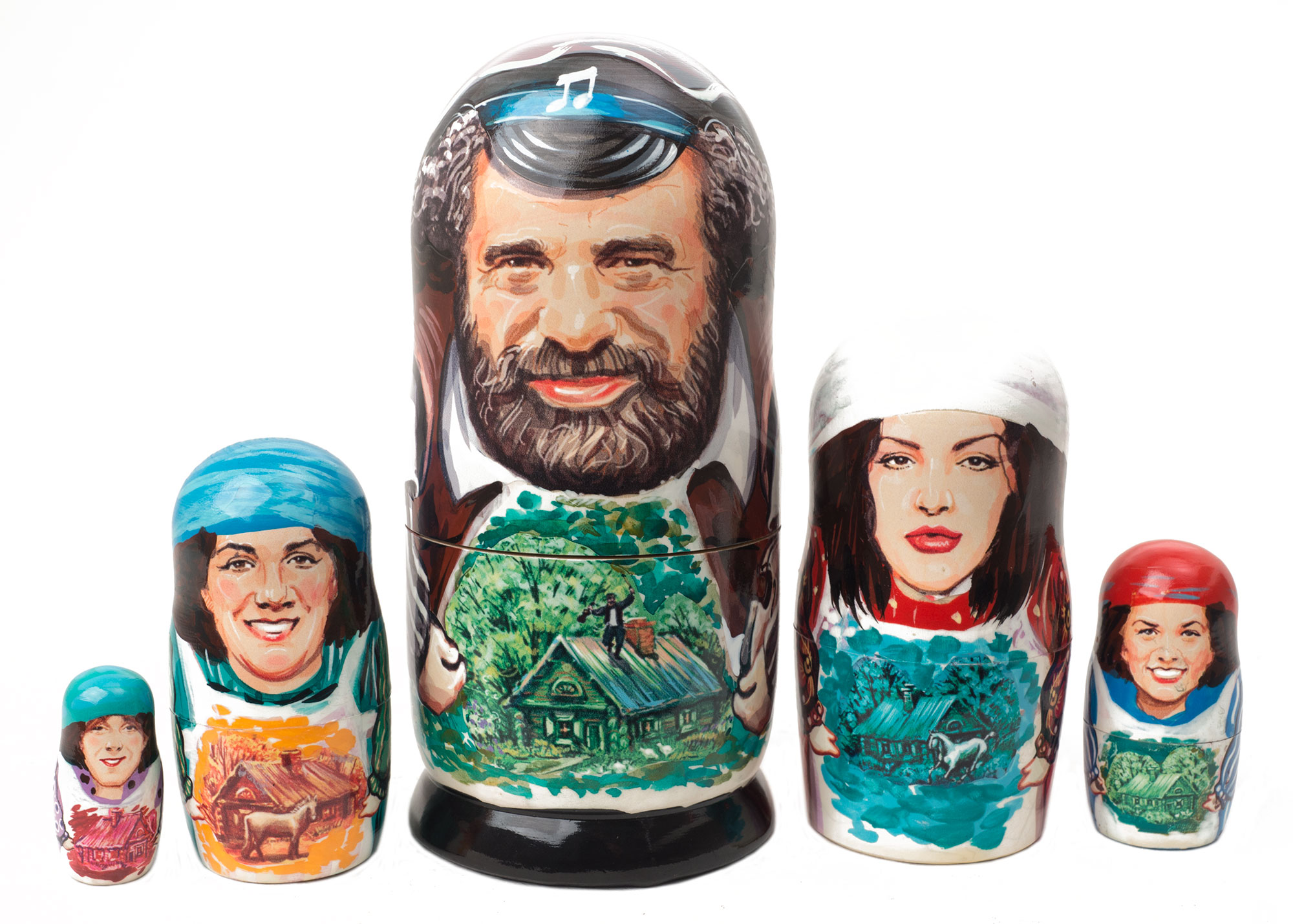 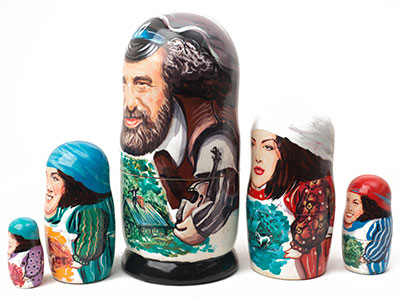 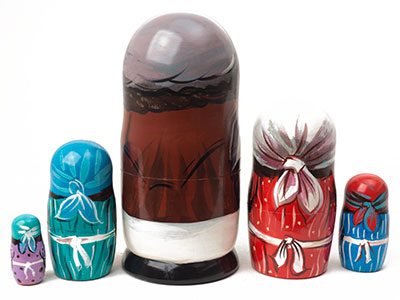 $ 56
$ 28
or
$ 25 20
ea. for
2
and more
– +
Add to cart
This 5pc doll depicts the story by Joseph Stein set in the Pale of Imperial Russia in 1905. The story centers on Tevye, the father of five daughters, and his attempts to maintain his family and Jewish religious traditions while outside influences encroach upon their lives. He must cope both with the strong-willed actions of his three older daughters—each one's choice of husband moves further away from the customs of his faith—and with the edict of the Tsar that evicts the Jews from their village.
Interested in a custom nesting doll similar to Fiddler on the Roof Matryoshka 5pc./6" and personalized to your needs?
Collection
Judaica |Music and Literature |
On Sale Show On Sale only
Production Technique Hand Painted/ Decoupage
Theme Music Gifts
Workshop Golden Cockerel Brand

Nesting Dolls Similar to Fiddler on the Roof Matryoshka