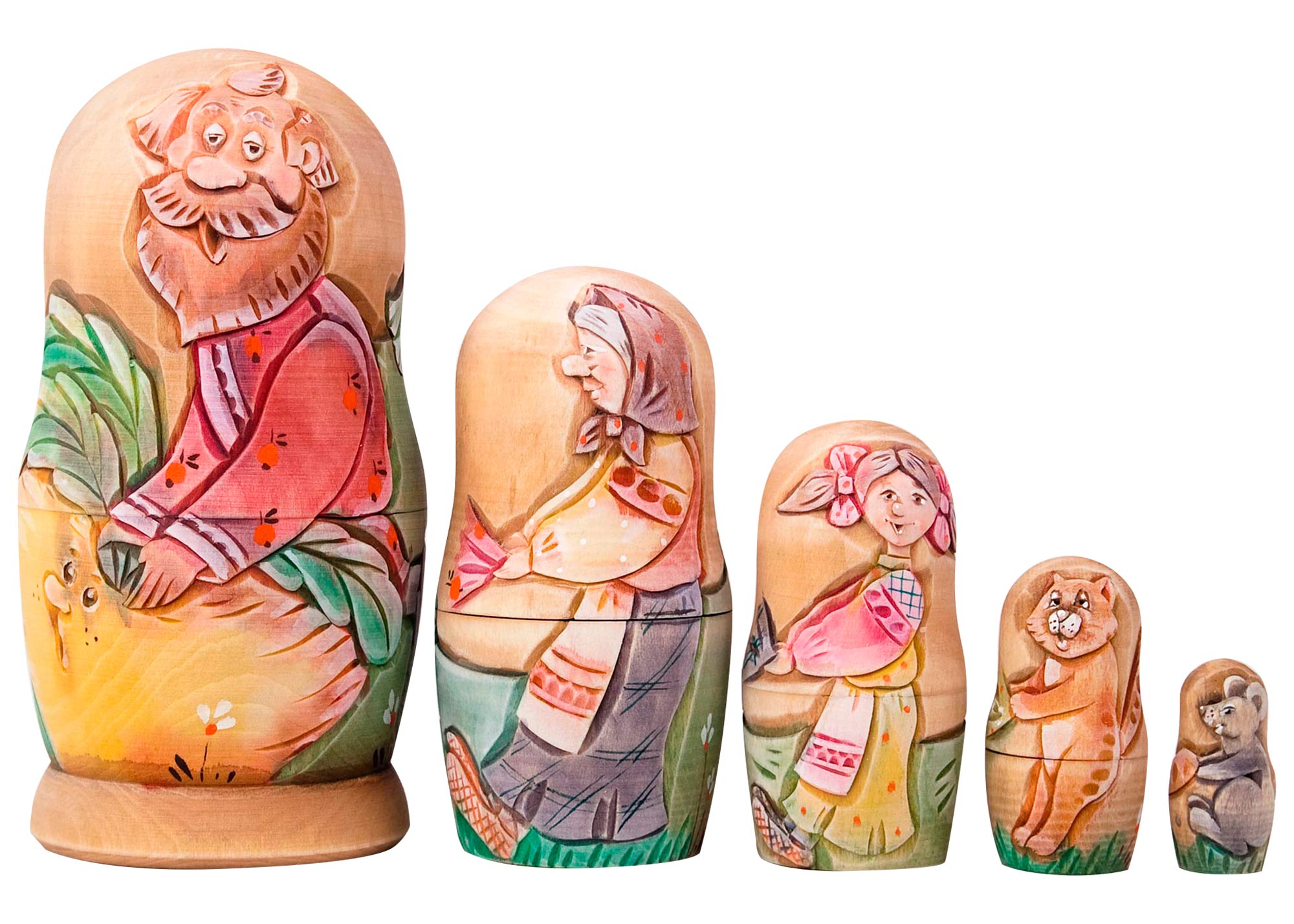 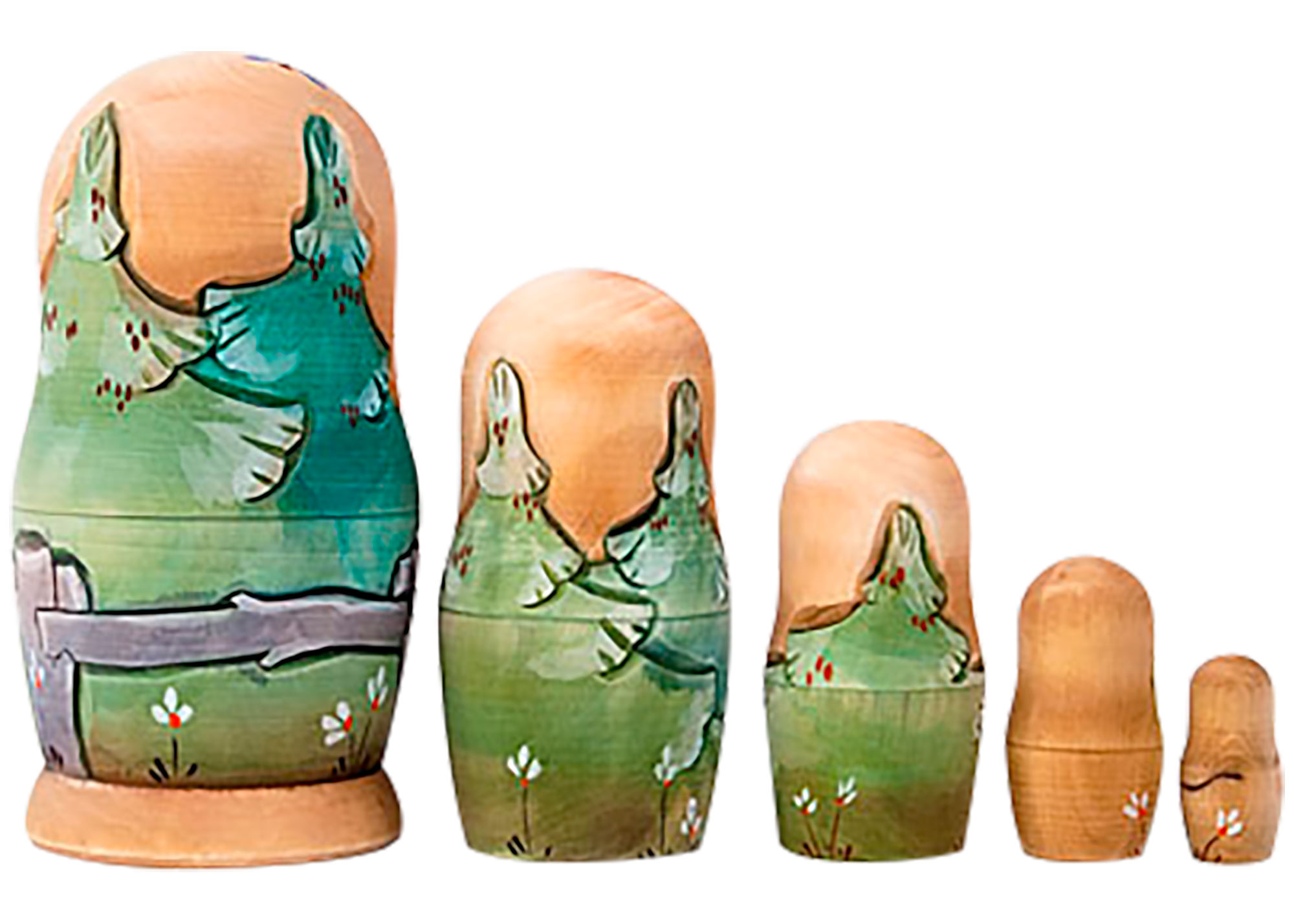 $ 230
$ 115
– +
Add to cart
This Turnip story nesting doll was hand carved by folk artist Sergei Koblov. Koblov doesn't just carve out particular accents but instead uses relief carving to etch out the entire scene on the dolls, creating a unique effect. The Enormous Turnip carved nesting doll shows each character from the classic Russian folk tale tugging on the shirttail of the next character. The innermost piece is a little carved mouse eating cheese, as it is with the mouse's help that the turnip is finally harvested. Koblov uses non-toxic, vegetable-based dyes for his work; this gives them a pleasant natural feel. You'll find a photo of Koblov and his teammates on the bottom of the largest doll. Like his work? Look for others by him in our Designs by Koblov collection.
Interested in a custom nesting doll similar to Turnip Carved Nesting Doll, 5pc./6'' and personalized to your needs?
Collection
Designs by Koblov |Fairy Tales |Farm |
On Sale Show On Sale only
Production Technique Fully Hand Painted
Theme Russian Tales
Workshop Cottage Industry / Sergiev Posad