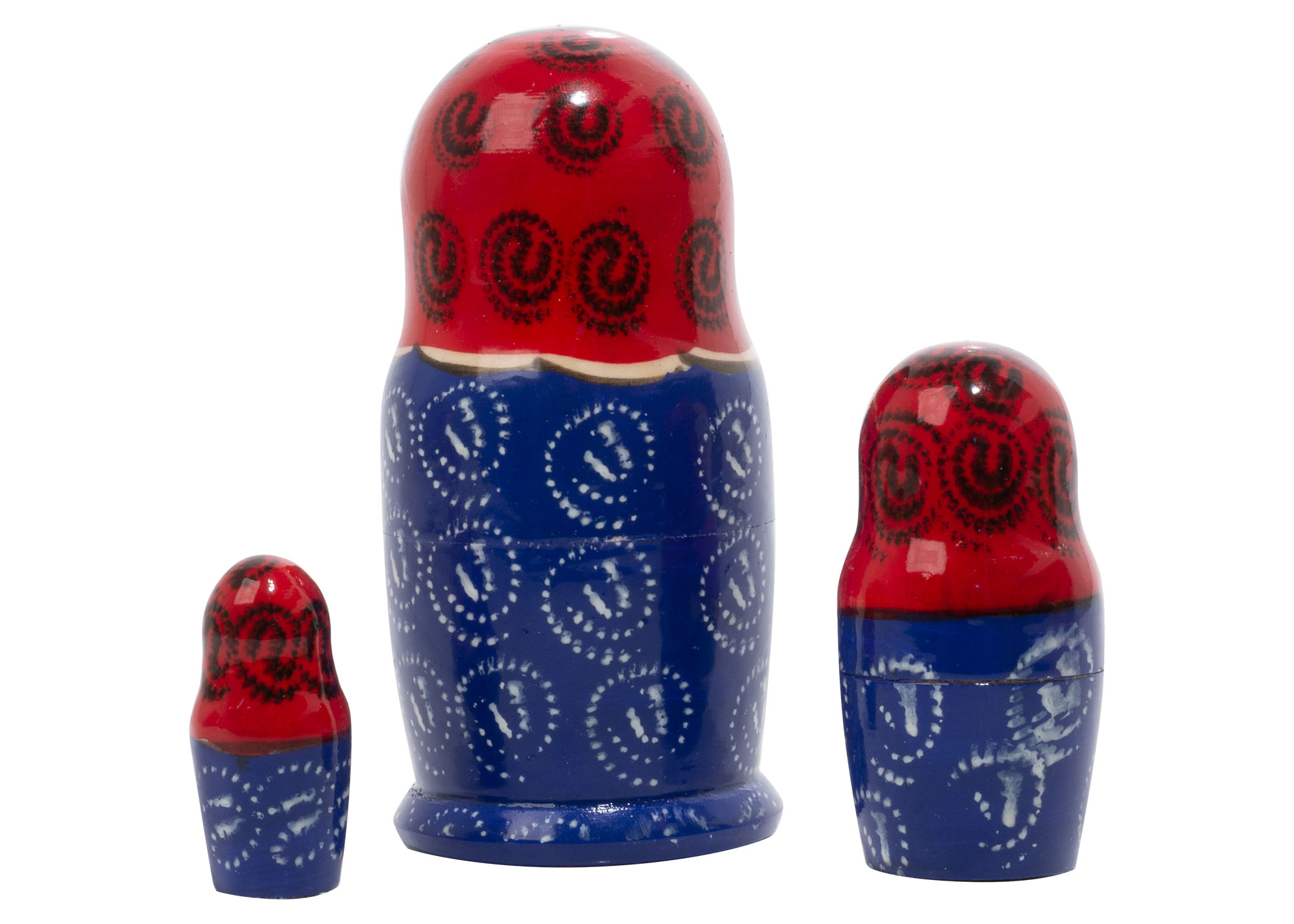 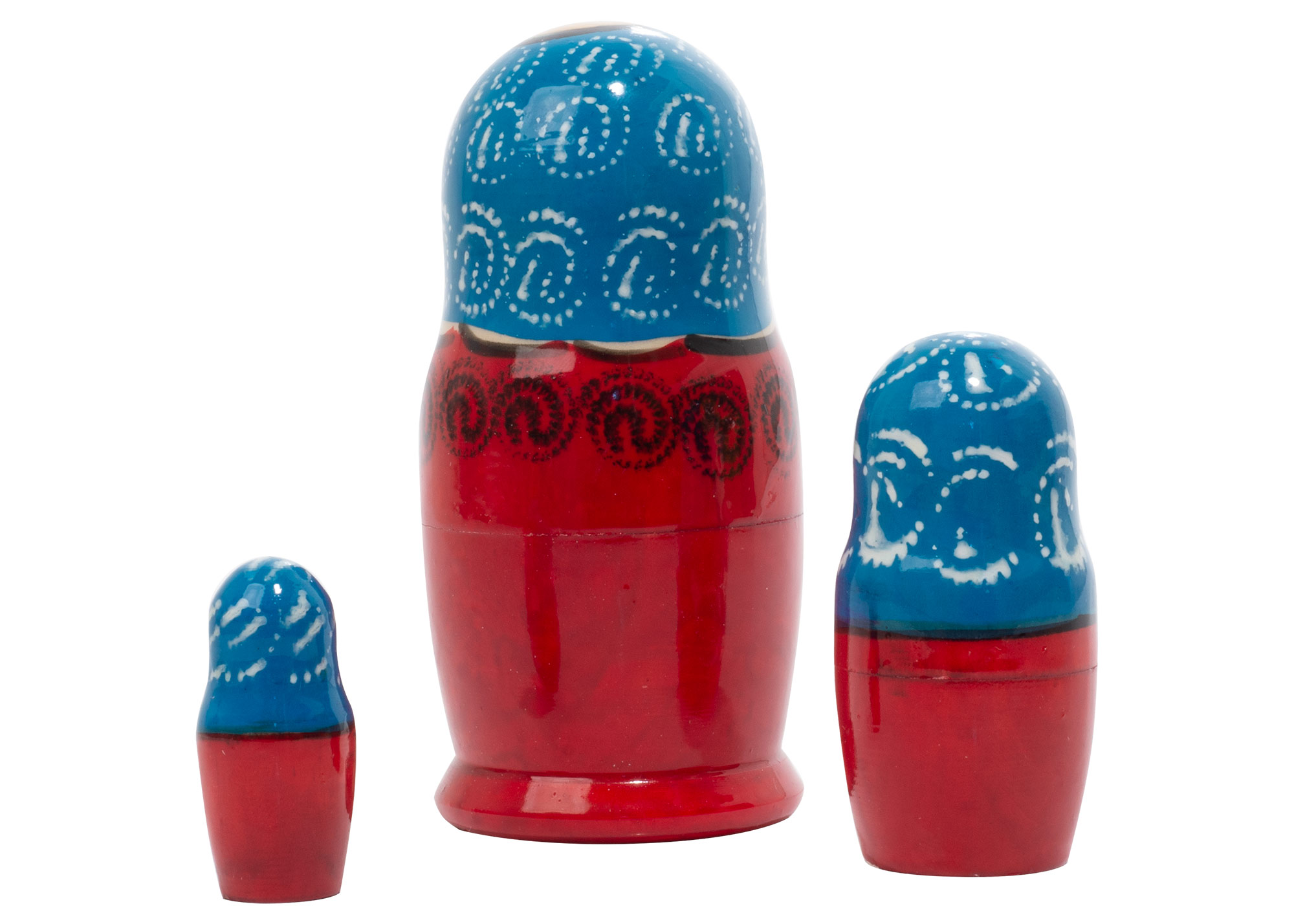 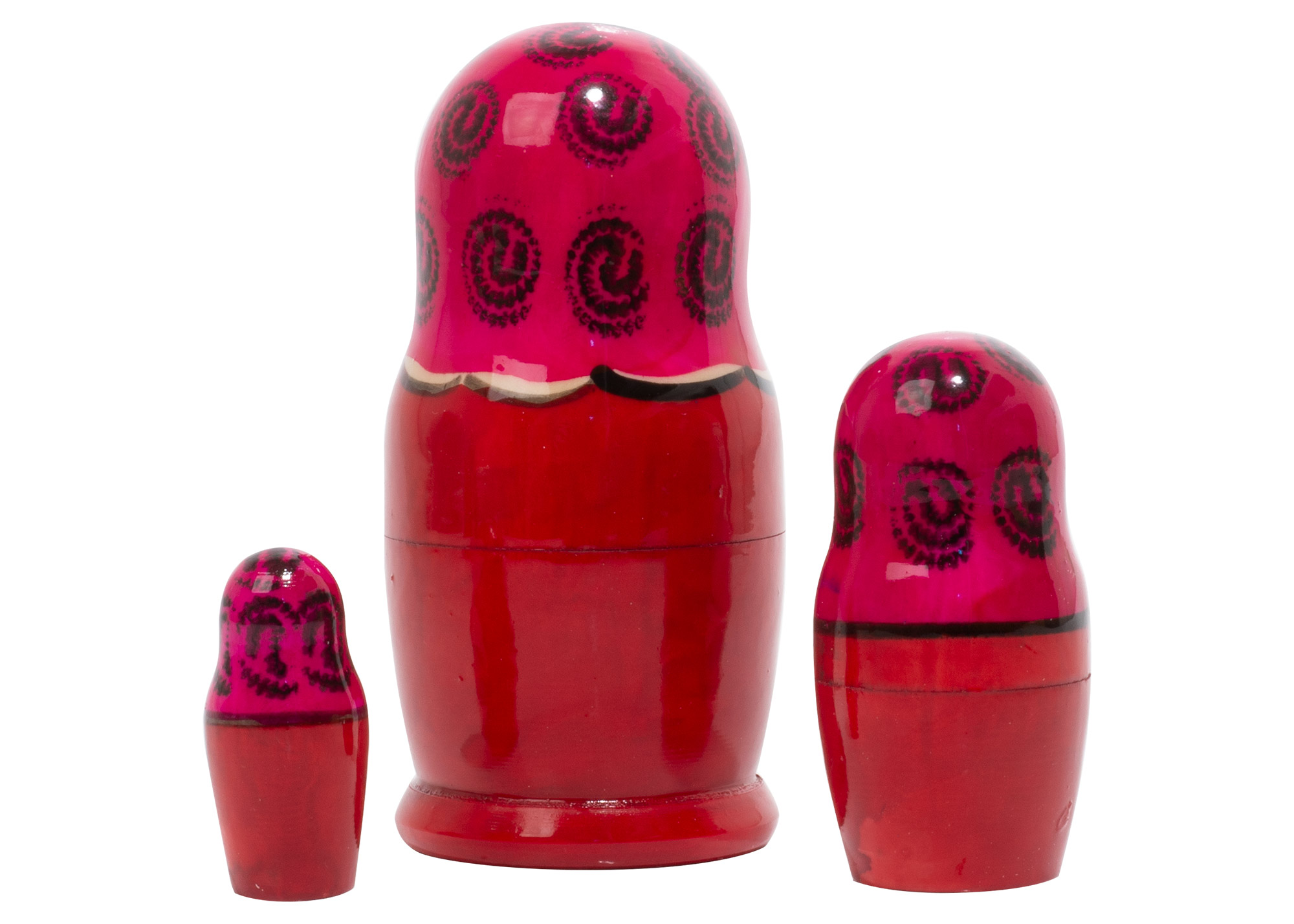 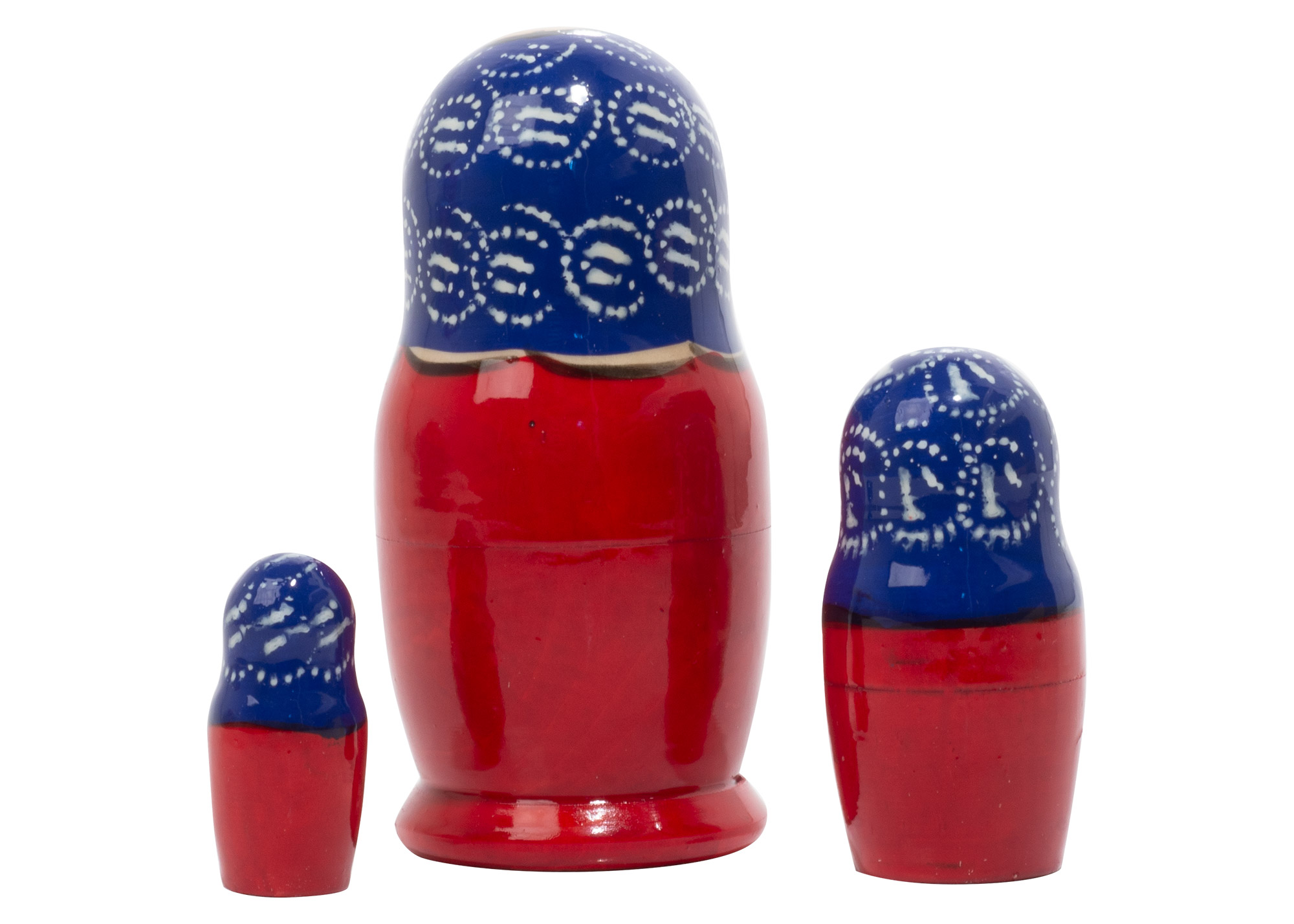 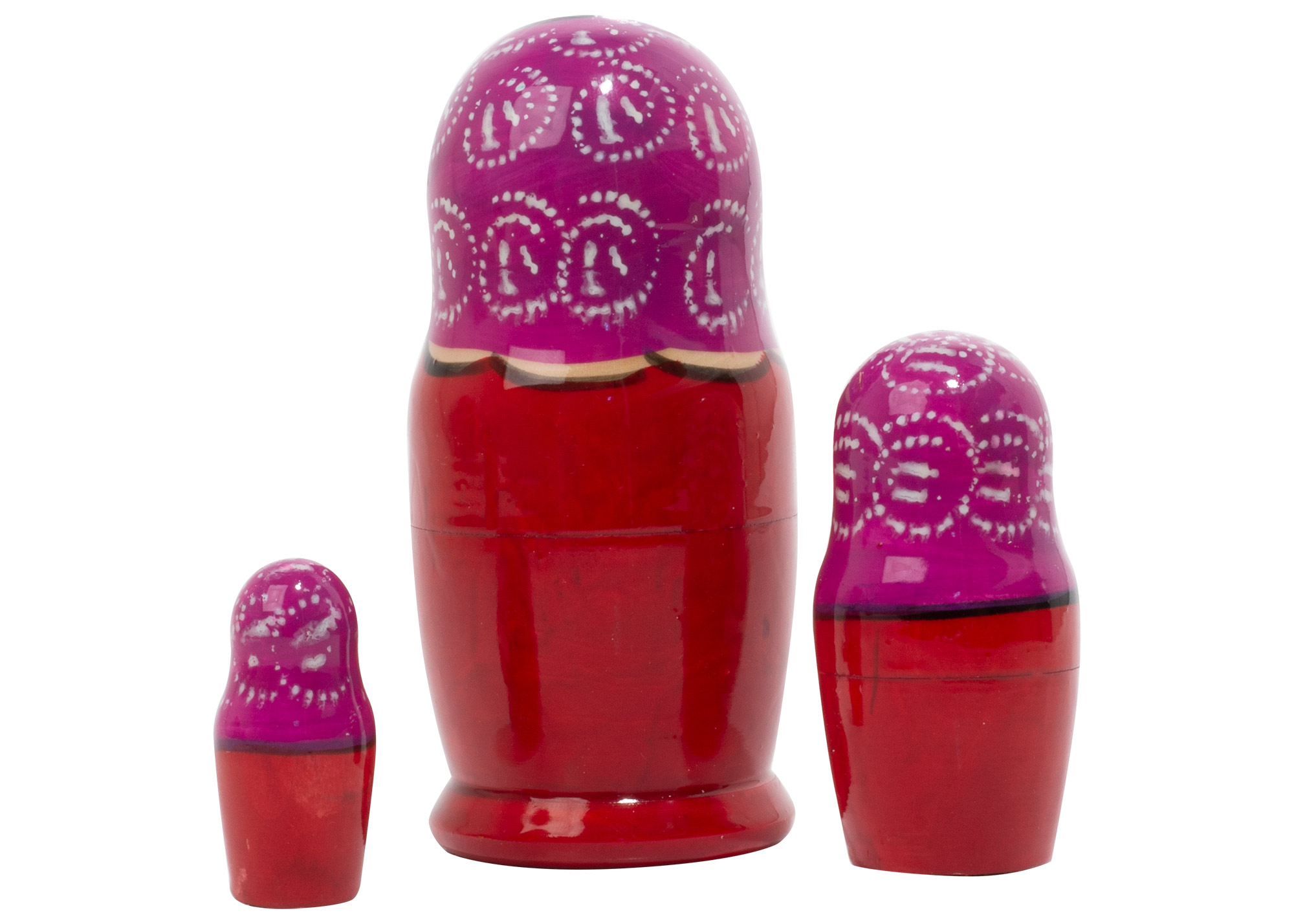 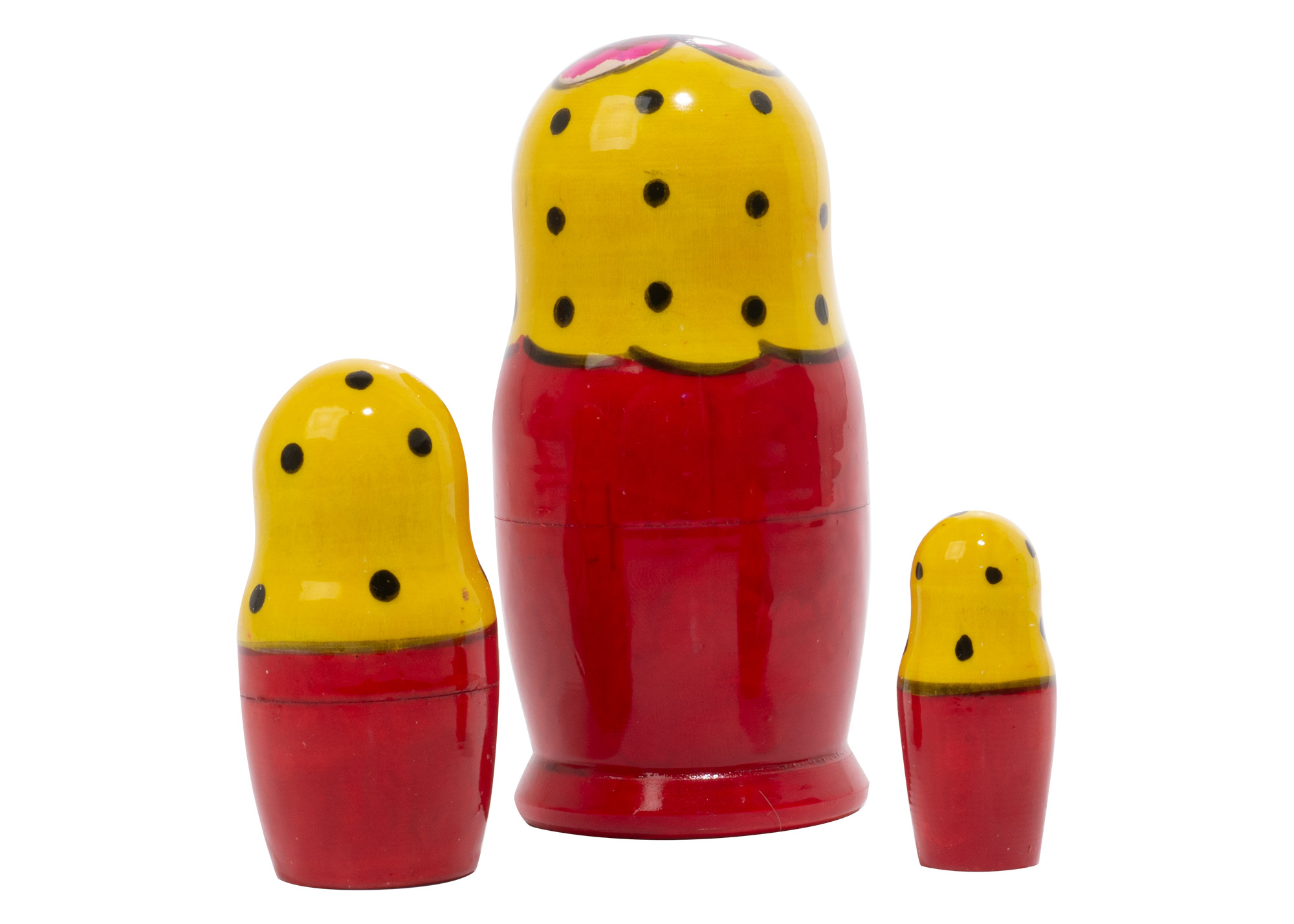 $ 12
or
$ 11 40
ea. for
3
and more
– +
Add to cart
In the Volga region lie the quiet crossroads of Polkhovski Maidan, a village long devoted to the hand production of wooden toys. The matryoshka did not take long to wander the short distance south from Semenov to Polkh Maidan, but arriving there, she was transformed once again. The men of Polkhovski Maidan turned a nesting doll with higher shoulders and straighter hips, nearly cylindrical about the waist, while their wives and daughters painted her in a rainbow of cheerfully bright, bold colors: pink, orange, green, blue, purple, and red.
The Polkhovski Maidan matryoshka is clearly related in style to her Semenov sister, is also painted with aniline dyes (mixed with peasant moonshine!), and also wears a rose. The Polkh Maidan rose, however, is tied to local legend. As the story goes, Alena, an inspired young lady from Polkhovski Maidan, led an uprising against the czar, was burned mercilessly at the stake, and buried near her home. The Polkh Maidan rose is said to have grown upon her grave, and thus found its way into the motifs of the village’s work, a symbol of Polkhovski Maidan’s independent spirit.
Interested in a custom nesting doll similar to Polkhovski Maidan Nesting Doll 3pc./4" and personalized to your needs?
Theme Folk Art