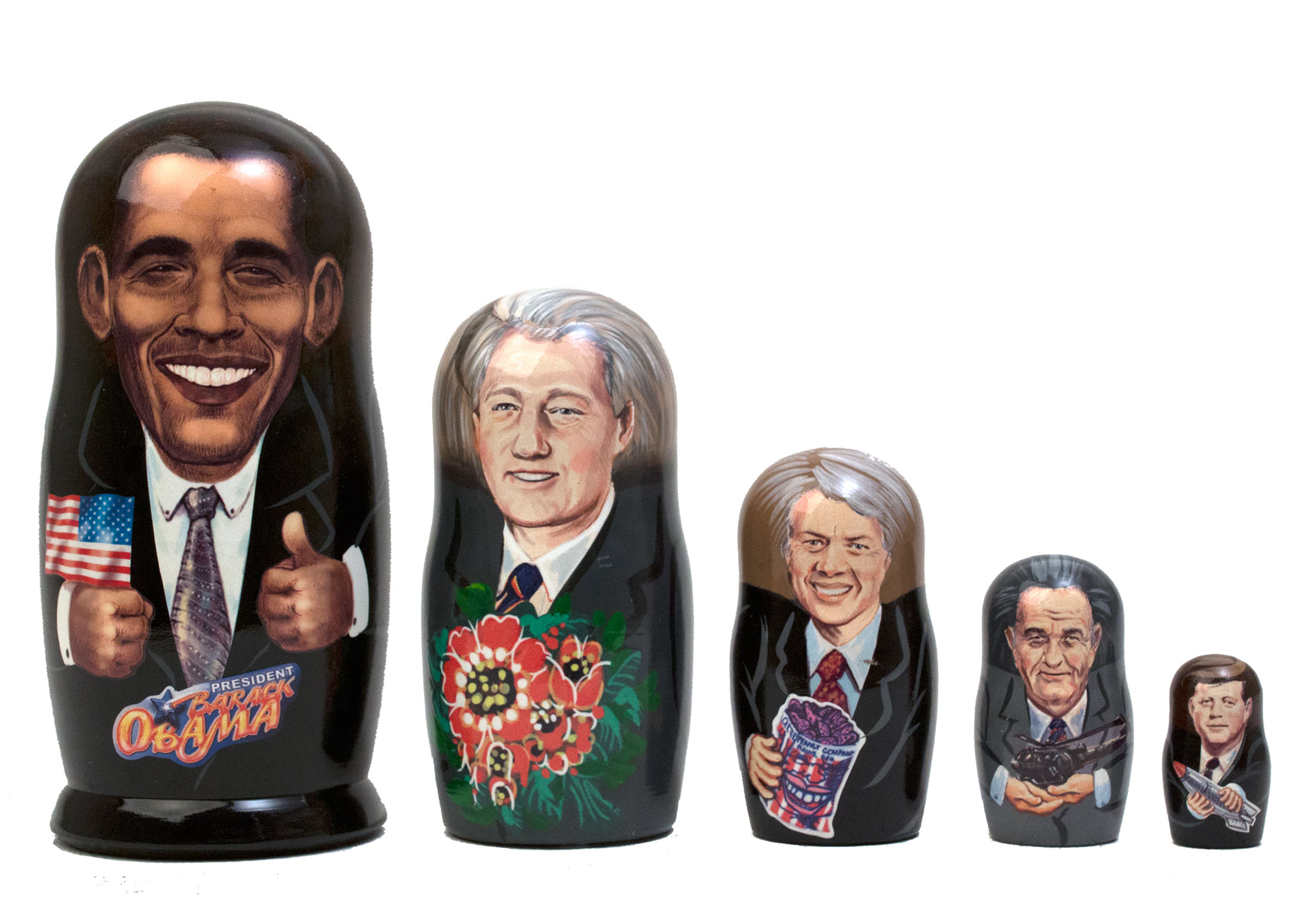 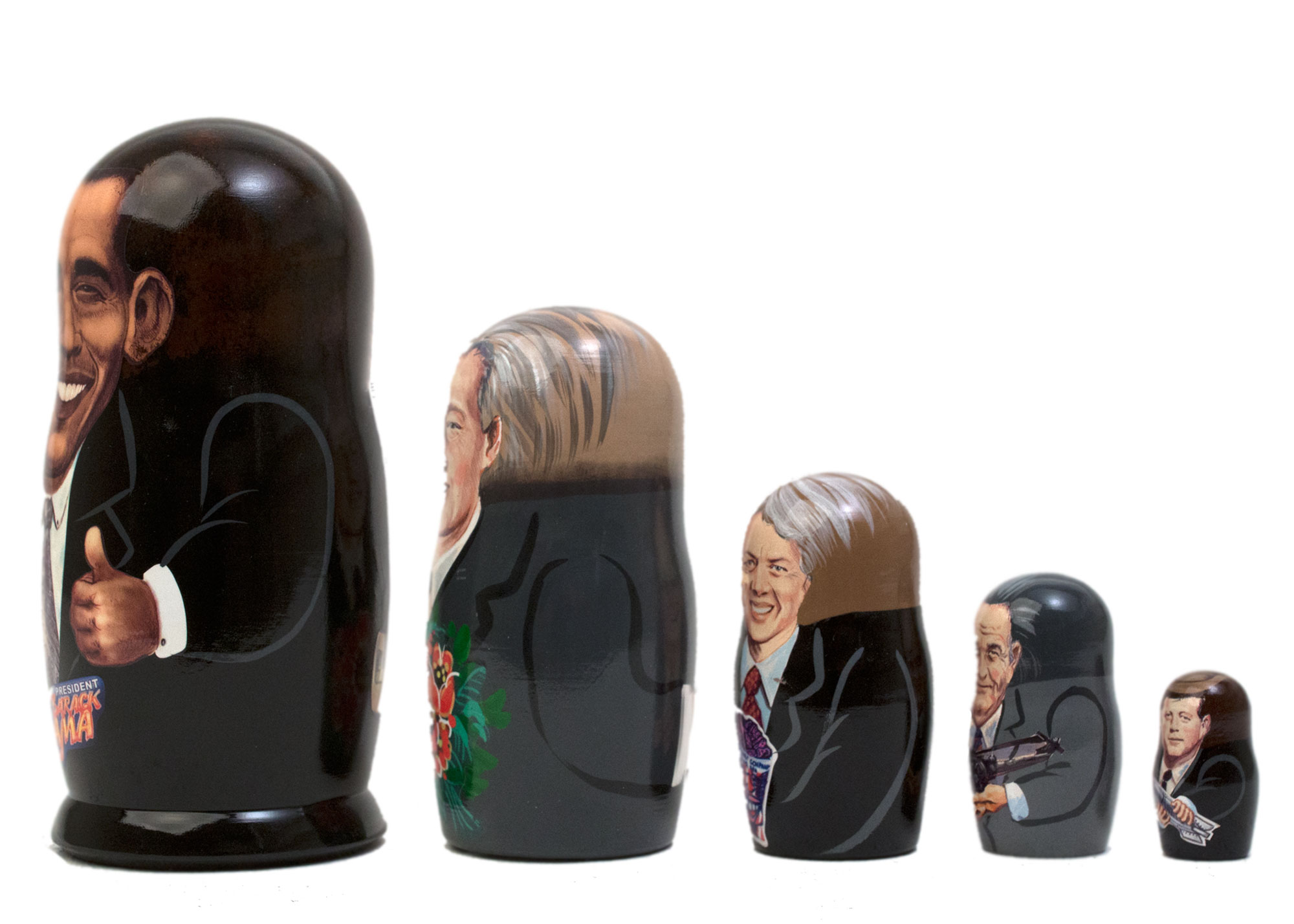 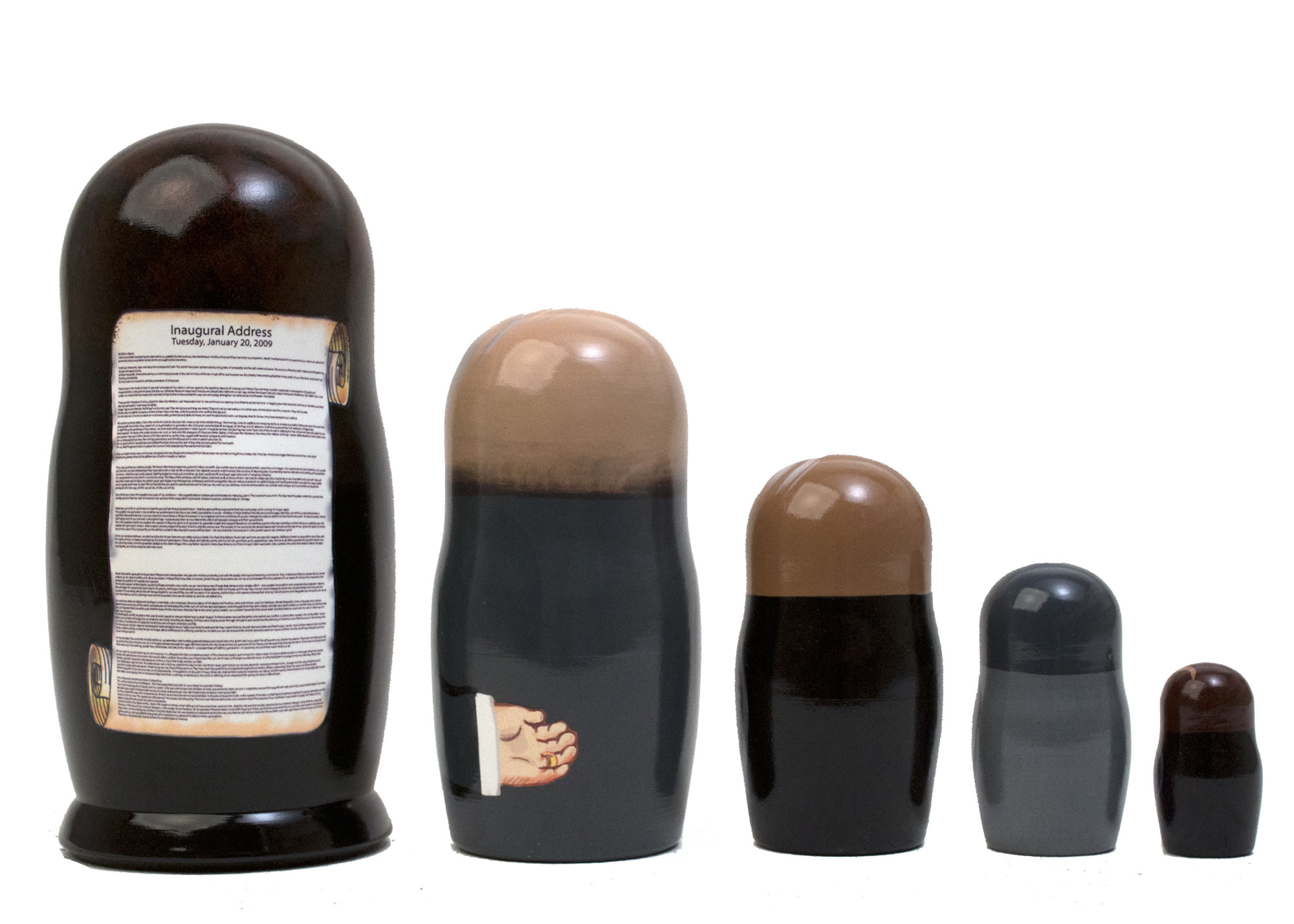 View full screen
This item is discontinued and no longer available for sale. Interested in a custom product similar to Obama & Democratic Presidents Doll 5pc./5" but personalized to your needs?
Quote a project

Here's a classic artifact of Americana!  President Barack Obama's nesting doll opens up to reveal the preceding four Democratic presidents.  And they are are all delightfully detailed!

Obama beams with the victory of American justice, patriotically waving Old Glory and giving "thumbs up" for getting America back on track.  On the back of the Obama doll you'll find his historic innaguaral address -- in it's entirety -- in micro print (get out your magnifying glass!).

The President Bill Clinton nesting doll shows him holding a bouquet of flowers in his right hand, but he's hiding his left hand (with wedding ring) behind his back.  They didn't call him "Slick Willy" for nothing.