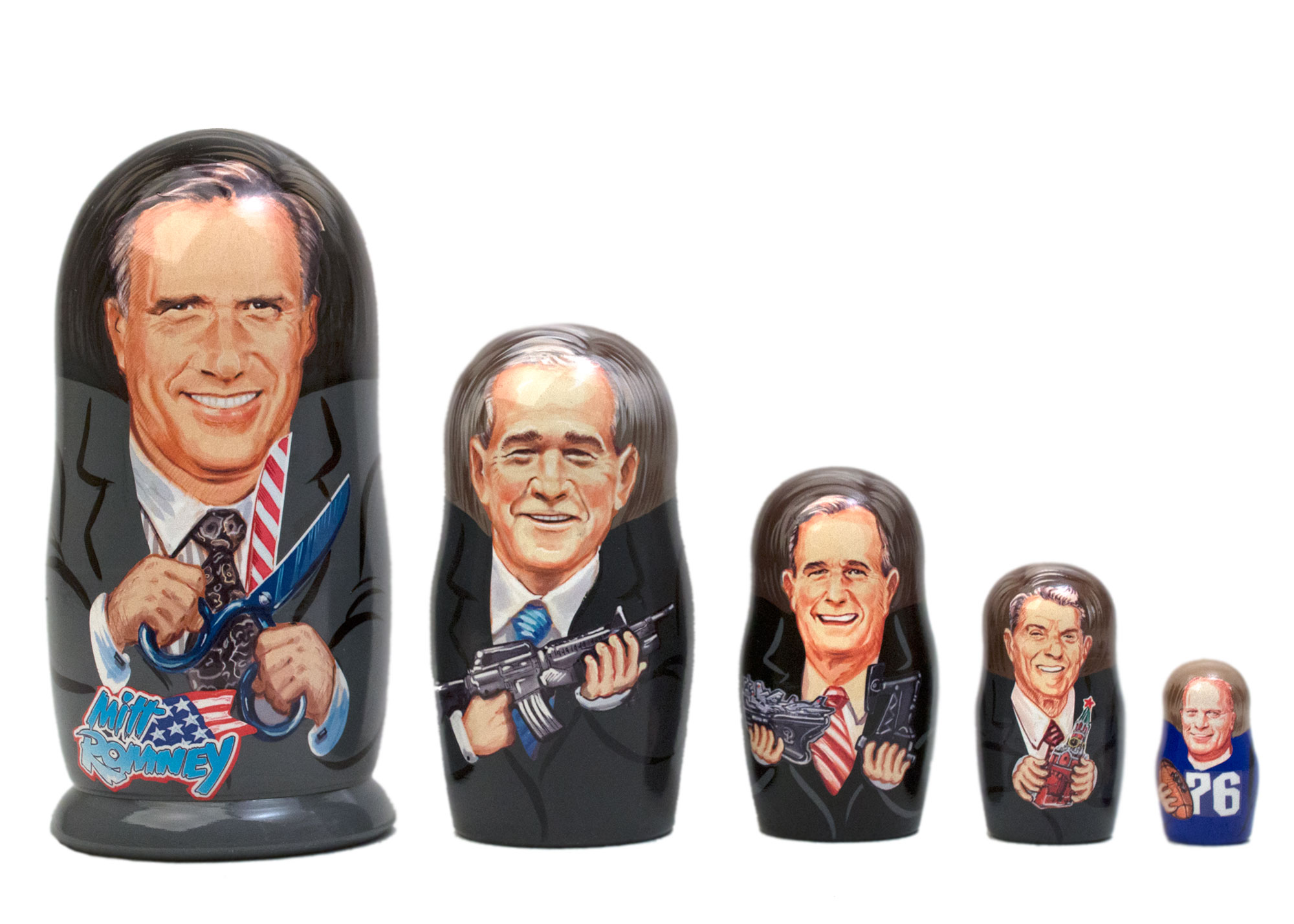 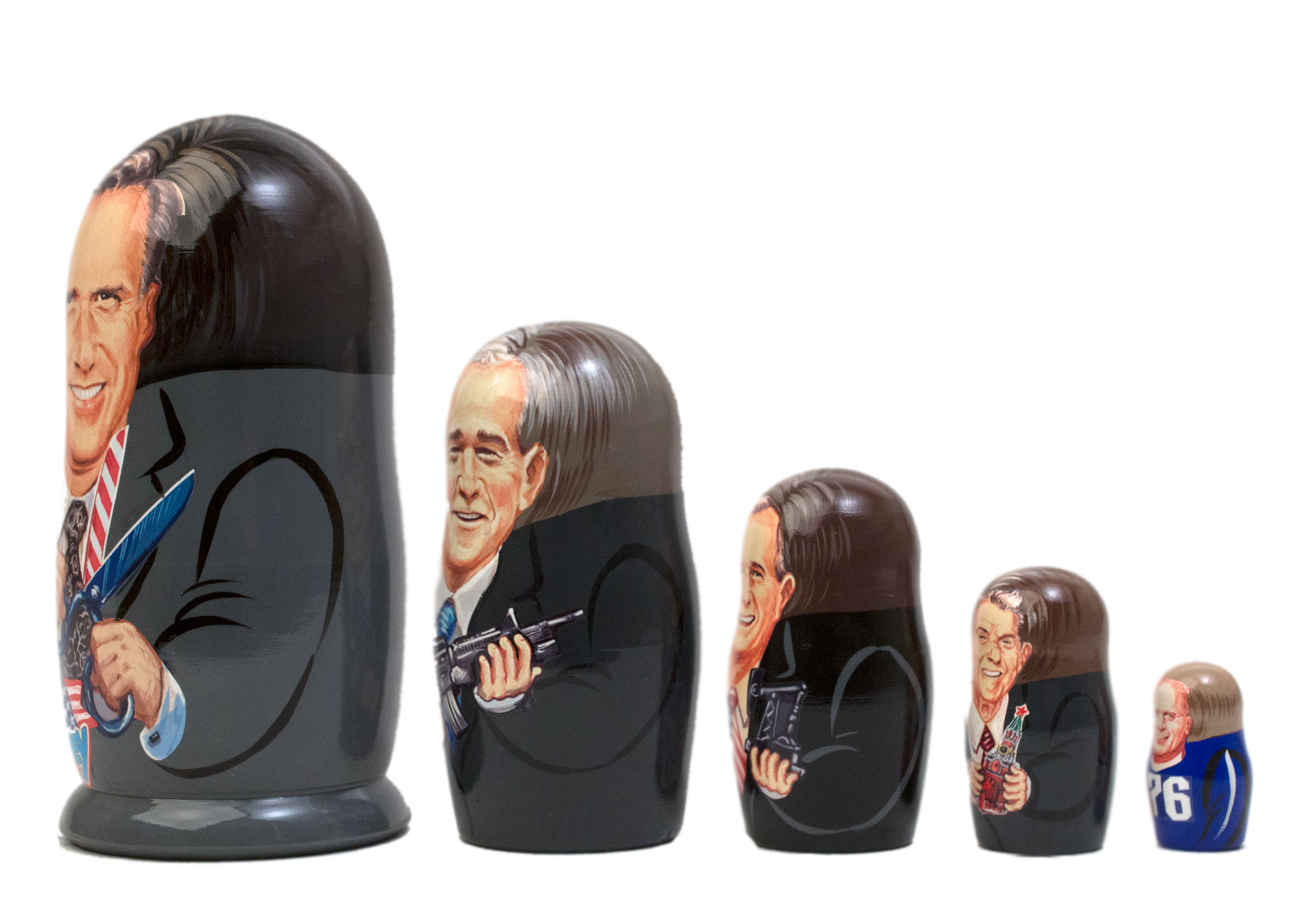 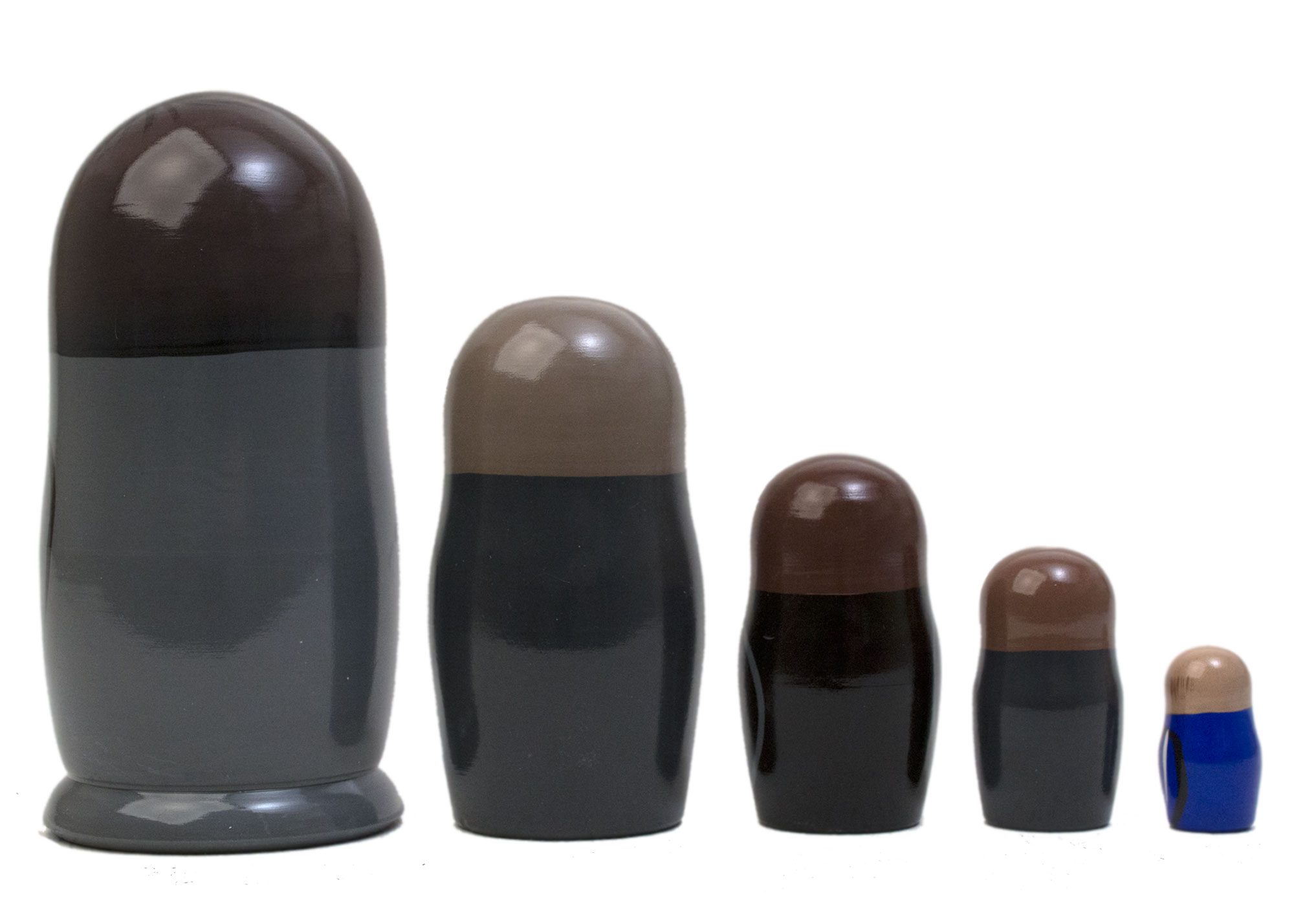 View full screen
This item is discontinued and no longer available for sale. Interested in a custom product similar to Romney & Republican Presidents Doll 5pc./5" but personalized to your needs?
Quote a project

After several attempts, Mitt Romney has finally succeeded in making it onto a Russian matryoshka doll!  This Governor Mitt Romney nesting doll places him next in line to become Republican President Mitt Romney, opening to the last four preceding Republican presidents. The Russian artist who designed this doll had some fun with it, giving Romney a gigantic pair of scissors:  he's ready to cut the budget and trim the size of government to the tea party's liking.

You have to love the smirk on George W. Bush's face as he brandishes a machine gun, symbol of his war on terror and invasion of Iraq.  The President George Bush Senior nesting doll has him holding an aircraft carrier in one hand and an oil well in the other.

The matryoshka of President Ronald Reagan reminds us of his summits with Gorbachev and presiding over the ending of the Cold War: he holds a Kremlin tower in his hands as if it's a souvenir brought back from a trip to Moscow.

The nesting doll of President Gerald Ford depicts him in his football uniform.  Did you know he was a college all-star player on the University of Michigan team?  As both center and line backer, he led the team to two national championships.

Russian artists at the Golden Cockerel workshop skillfully blend hand painting and decoupage to create this highly collectible political nesting dolls of American Republican presidents.  It's a rare piece of Americana -- supplies limited -- gets yours while they last!