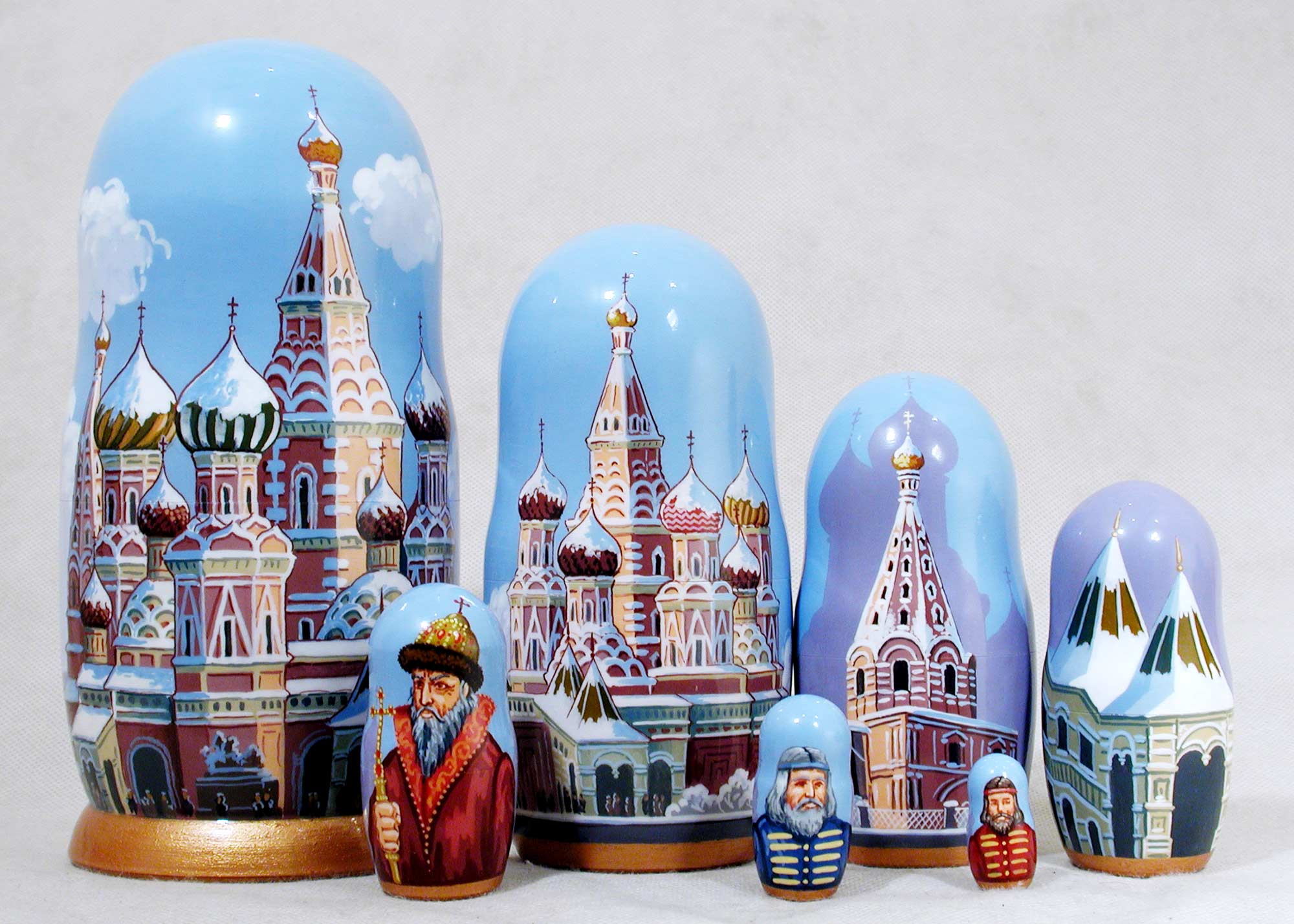 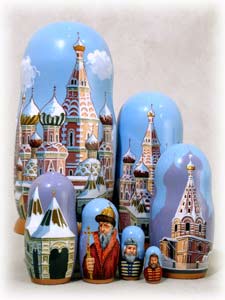 View full screen
This item is discontinued and no longer available for sale. Interested in a custom product similar to St. Basil's Cathedral Doll 7pc./8" but personalized to your needs?
Quote a project
The most recognized image of Russia, and one of the most magnificent cathedrals in the world, is celebrated on this nesting doll by Russian artist Vasiliy Romanov. The cathedral was commissioned by the infamous Tsar Ivan the Terrible (pictured on doll #5) in 1552 to commemorate his military victory over the Mongols of Kazan and Astrakhan. Eight chapels, each featuring a unique onion dome, surround the central tower, representing eight advances in Ivan's campaign and symbolizing the towers of the New Jerusalem (Moscow). The breathtaking size and beauty of the cathedral are captured here by the veteran artist as he paints a panorama of this centerpiece on Red Square on dolls #1 & #2. Close-ups of the belltower (doll #3) and the Cathedral Porch (doll #4) are followed by the two masterful architects, Barma and Postnik. According to legend or myth, Ivan asked the trembling architects if they could surpass this cathedral with one more magnificent. When they replied that they could, Ivan had them blinded so that a structure more beautiful would never grace the Earth. Nesting doll collectors would not dare have us ask a similar question of Mr. Romanov, whose dolls exhibit a highly trained and talented brush and an attention to detail rarely found in this age and time. Signed and dated by the artist.

“If we knew beforehand where we were going to fall, we could lay down a carpet.” –Russian Proverb
Size 8"
Theme Collectible Dolls